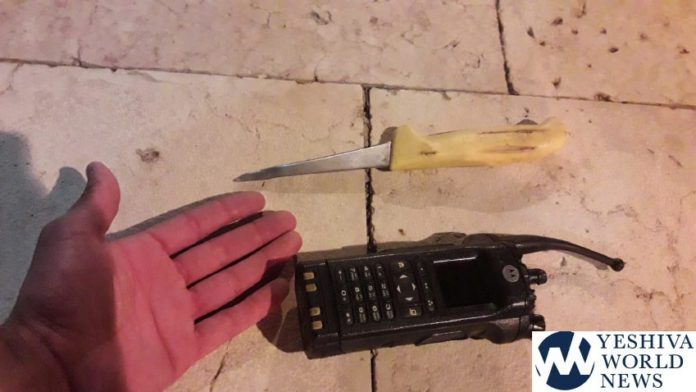 Shai (Shomron-Yehuda) police on Wednesday received numerous calls regarding a suspicious person in the area of Almog Junction. Police were dispatched and the man in question was stopped for inspection. He was found to be carrying the knife seen in the accompanying photo.

When questioned, the suspect, a 30-year-old PA (Palestinian Authority) resident from Shechem, told authorities that he was planning a terrorist attack.

Almog Junction is near the community of Vered Yericho.