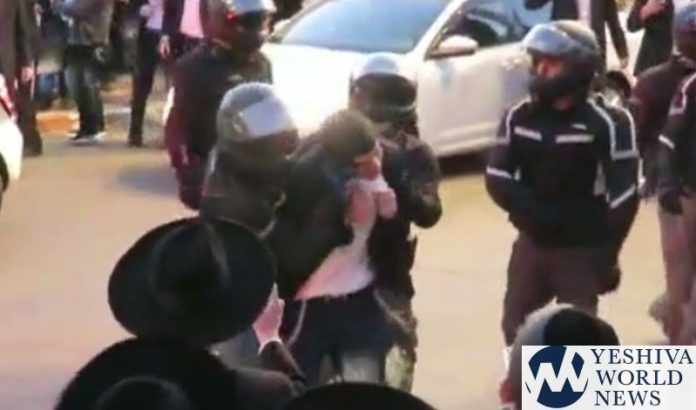 Kol Chai Radio has launched a campaign calling on Prime Minister Binyamin Netanyahu to form a public committee to probe police violence against the chareidi tzibur.

The move is prompted by recent events in which police have been documented using unacceptable violence and brutality against chareidim, with the most recent case involving protester Yehoshua Kroizer, in Beit Shemesh, when he was literally dragged from the scene by a policeman who was pulling on his peyos.

The following day, additional footage of shocking anti-Chareid violence was released – including dragging a Yeshiva Bochur by his Peyos.

In another case, Yanki Rosenbaum, an autistic male in his 20s, was literally smashed down to the pavement by a border policeman, suffering significant facial injuries, not to mention the psychological trauma he endured in the incident.