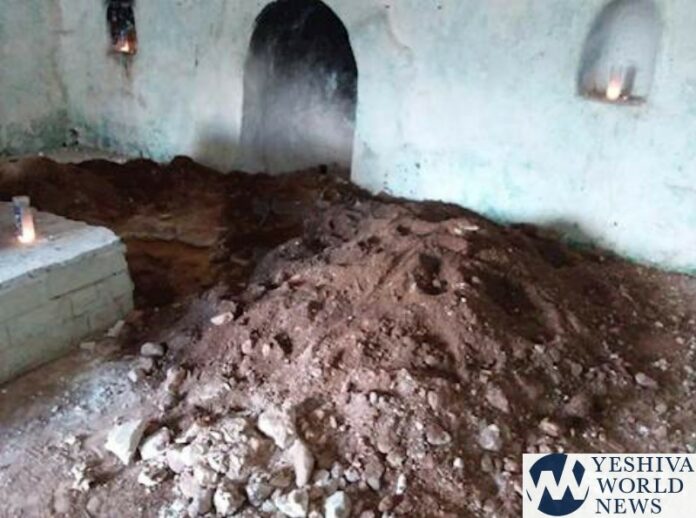 In shocking images obtained by B’Chadrei Chareidim, the kevarim of Tanoyim of past generations are seen in a horribly desecrated state.

About a week ago, the tzion of the Tanna Choni HaMaagal located in the Galil near Chatzor Haglilit was completely desecrated. According to mesorah, the Tanna Choni Hamaagal and his grandchildren are buried there as well as Abba Chilkiya, Chanan Hanechba and his descendants.

It is unknown who deliberately caused such horrifying damage by digging inside the kever, the B’Chadrei Chareidim report said. The supervisors of the Agudas Asra Kadisha who witnessed the damage aren’t willing to divulge the details of the extent of the desecration but are apparently still in a state of complete shock a week later from the unspeakable sight. Someone dug into the kevarim until their very foundations.

At the end of last week, everything that was taken out of the kever was reburied and the kevarim were sealed with a layer of thick concrete mixed with iron and steel.

Furthermore, the report added that on Sunday afternoon the supervisors of Agudas Asra Kadisha were summoned again – this time to the kever of one of the Shevatim, Shimon ben Yaakov Avinu, which was found in a state of unspeakable desecration as well. The supervisors worked until midnight to rebury the soil from the grave and are currently working to secure the kever with a layer of thick concrete.

Israel Police were notified about the incidents and they initiated an investigation.