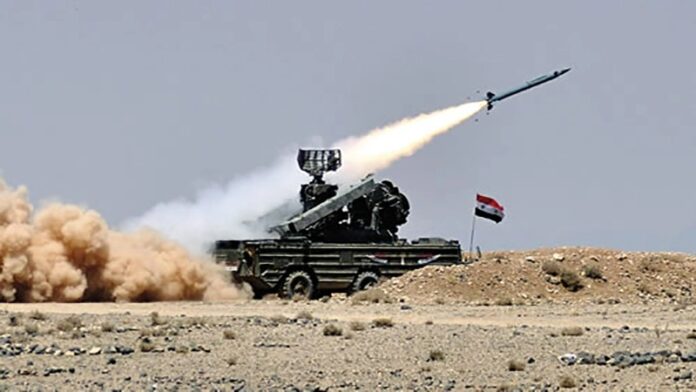 Syrian television stations reported that explosions had been heard on Thursday evening in suburbs of the capital city of Damascus. According to the Sanaa news agency, an attack drone that had been flying over the village of Aqraba had been destroyed.

This is the same location that the IDF had downed the Iranian attack drones last month. In that operation two Hezbollah operatives were killed when IAF jets attacked a team of Hezbollah terrorists who were in the midst of launching a wave of attack drones at Israels Golan Heights.