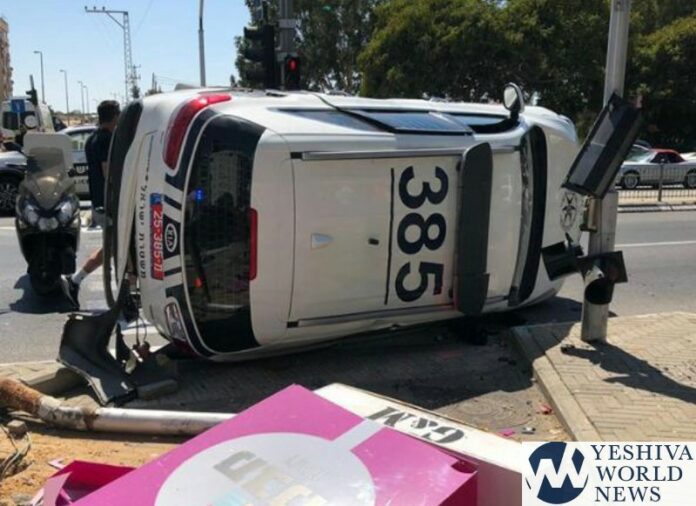 Members of the United Arab List (UAL) debated on Motzei Shabbos whether or not to recommend that Benny Gantz be given the task of forming a coalition when they meet with President Ruvi Rivlin tomorrow. Following the party meeting, Ahmed Tibi issued a statement saying that they would fulfill the desire of the Arab populace that voted for them. It was reported in Israeli media that in an effort to gain the support of the UAL Gantz offered to revoke the “Kaminetz law” that was established in 2017. The Kaminetz law gives enforcement powers to the Building and Housing Ministry to prevent illegal building across Israel, but primarily in the Negev and the Galilee, places where Israeli Arabs and Bedouin have been known to erect thousands of illegal structures each year.

Syrian news agency Sanaa reported that Syrian forces have downed a drone on the Syrian side of the Golan Heights. According to the report, the drone came from the west and was armed with explosives. A spokesperson for the IDF issued a statement stating that the drone does not belong to Israel.

A fire broke out in the old broadcasting authority building in the Romema neighborhood in Jerusalem on Shabbos. Seven firefighting crews were dispatched to combat the flames. The building has been abandoned and luckily there were no injuries reported.

A pedestrian was critically injured after being hit by a car on Highway 25 in the Negev. The accident took place between Nabatim and Segev Shalom. Magen David Adom and United Hatzalah first responders treated the injured man before he was transported to the hospital while undergoing CPR.

The status of the soldier who was one of two people electrocuted in a spa in Ramat HaChayal in Tel Aviv is still critical. He is hospitalized in Ichilov hospital. The soldier was electrocuted with his friend after they entered into the pool. The friend, also a soldier, was in moderate condition. Police have opened a  full investigation into the incident and are questioning the building engineer, the electrical engineer, the custodian, and others.

A 4-year-old is in serious condition after he was hit by an electric bicycle on the promenade in Yaffo on Shabbos.

A police car overturned in Holon. The officers were in stable condition.

A 28-year-old man was killed and a 17-year-old boy was moderately injured when the car they were traveling in overturned on Highway 716 near the town of Ein Harod.

A 30-year-old man was seriously injured after he was struck by a car on Highway 6 near the Qesem interchange.

A 40-year-old man was killed after he fell more than three stories from a residential building in Haifa. Police are investigating whether the cause of his fall was a robbery gone wrong.

A 30-year-old electric bicycle rider was seriously injured when his car hit a pillar on Ben Zvi Boulevard in Netanya.

A 60-year-old man was seriously injured in an accident that took place between a car and an electric bicycle on Beit El Street in Ashkelon.