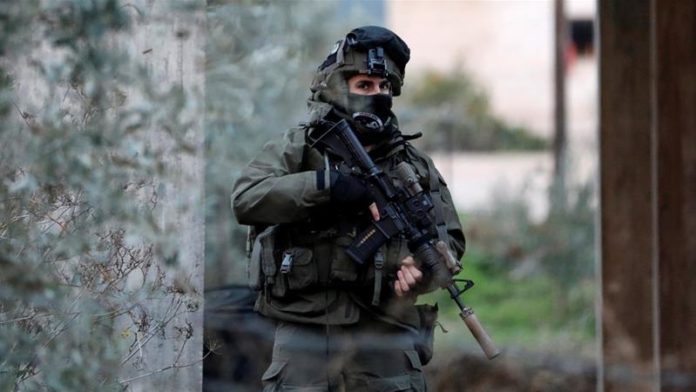 In reality, IDF soldiers came to protect Jewish civilians who were attacked by a mob of anti-Israel Arabs and European tourists who stormed their home and tried to throw them out.