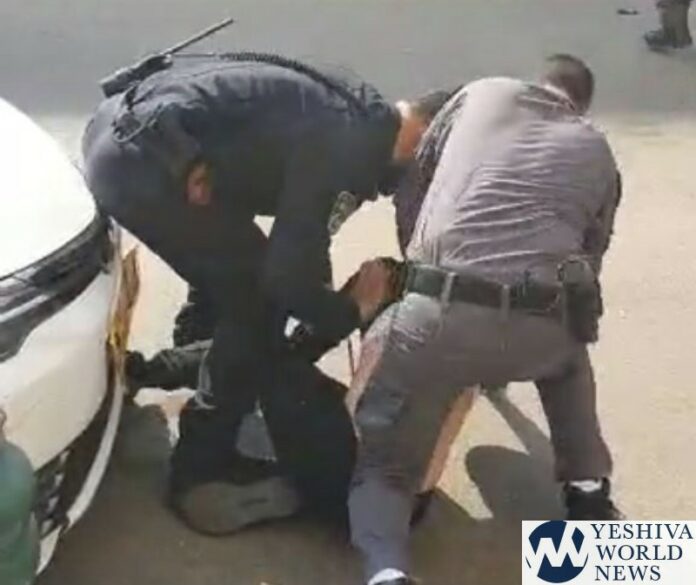 Once again, Israeli police have been caught on video using unjustifiable force against a man who was riding an electric bike.

It is reported that he was placed on the ground, handcuffed and arrested all because he did not have his teudat zehut (identity card) on him when asked to identify himself.

A woman’s voice can be heard in the background crying, as well as saying “take off your kippa” to the frum policeman.

VIDEO MAY BE DISTURBING TO SOME – VIEWER DISCRETION IS ADVISED