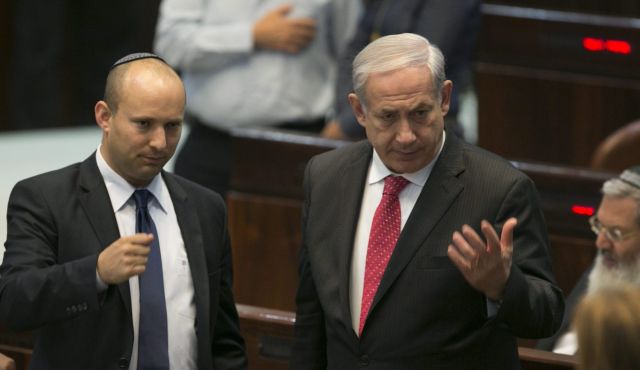 The cabinet on Sunday, during the weekly cabinet meeting, voted to approve the appointment of Naftali Bennet to the post of Defense Minister as expected. The vote however was not unanimous, as Housing Minister Yoav Gallant of Likud voted against the appointment.

Gallant, a retired IDF major-general and deputy chief of staff, explained “Israel is facing a complicated and sensitive security situation. This appointment does not meet the state’s security needs and therefore I am against it. I will continue to do my best to assist the prime minister and security network to maintain Israel’s security.”

While Bennet served in the elite Sayeret Matkal unit, he was only a major, and therefore, the Gallant does not feel he is the man for the job. It is also pointed out that PM Netanyahu in the past appointed Avigdor Lieberman to the post to stabilize the fragile coalition. Lieberman was a corporal in the military.

Clearly the Blue & White party, which has three retired IDF chiefs of staff in the top four slots, spoke out harshly against the appointment, which the party explains is the prime minister’s effort to maintain his right-wing bloc at the expense of the nation’s security.

Until Bennet’s appointment, the post was held by Prime Minister Binyamin Netanyahu, who also served in Sayeret Matkal, reaching the rank of captain.