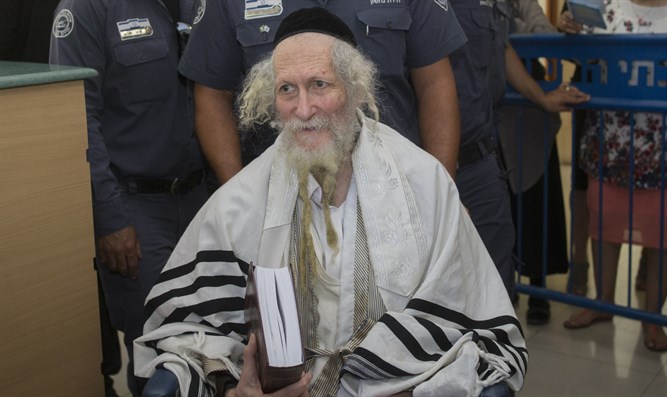 Based on an Israel TV News13 report released a number of weeks ago, six persons affiliated with the cult headed by Rabbi Eliezer Berland were arrested on Monday, as reported by YWN-Israel.

The suspects in custody were arraigned and will face charges including tax evasion and money laundering, with the Jerusalem District Court deciding during the arraignment hearing to extend the detention of five of the six suspects for an additional three days to permit police to continue gathering evidence without interference.

The suspects were released with restrictions by the Jerusalem Magistrate’s Court on Monday, but the higher court on Tuesday reversed the decision in the cases of five of the suspects.

Police during the early morning hours on Monday raided the homes of the suspects, making the arrests and confiscating documents from their homes pertaining to the operation of an NGO, which appears to have been failing to report income and laundering money.

Among the persons arrested, all from the Choma Shlishis neighborhood next to Meah Shearim, home to cult members, is a daughter of Berland, a treasurer of the NGO, as well as gabboim of the Shuva Banim cult headed by the elderly Berland.

The raid came some six weeks following the news report, in which News13 revealed that Berland allegedly collected hundreds of thousands of shekels from the family of a girl with cancer R”L, promising she will be healed, instructing her to stop all medical treatment. She died as a result.

A month ago, Nurit, the mother of the deceased A”H, filed a police complaint against leaders in Shuva Banim for recommending they halt medical treatment for their daughter. She claims they in essence assisted in expediting her death instead of healing her as promised. Nurit wants “Berland to pay what he should be paying, and the police will decide this”.

She added, “I am here so that no other mother will suffer like I am suffering and so that he will pay for what he did.”

WATCH THE CHANNEL13 NEWS REPORT BELOW: