With police agreement, the suspects arrested during Shabbos protests were released on motzei Shabbos, with restriction governing their release. One of the suspect’s conditions are stricter than the others as he has been identified as being a member of Peleg who was arrested in the past, released with restrictions, and he has violated those restrictions.

His attorney told the court that his client did not attend the protest, but he lives in the area. He cited that his client volunteered with police in the past, asking the court not to distance him from protests for 180 days. Regarding two others, they were released to house arrest. Regarding three others arrested, they were released on Shabbos following the intervention of askan Shimon Shisha.

The protestors head out to the streets after maariv on Friday night. In Yerushalayim, the Toldos Aharon Rebbe Shlita accompanied chassidim to protest on Route 1 near Shivtei Yisrael Street against increasing Chilul Shabbos nationwide R”L.

Police used water cannons loaded with blue dyed water to distance protestors, with chassidim reporting the water cannon was directed in the area where the rebbe stood. This led to a wild response until the protest broke up hours later. Elsewhere in Jerusalem, there was a protest outside the taxi stand on HaNevi’im Street.

Protests were also held in Bnei Brak and Beit Shemesh. The police vehicle of a police commander was attacked as was a motorist who tried to pass the area, according to protestors, almost running some of them over. 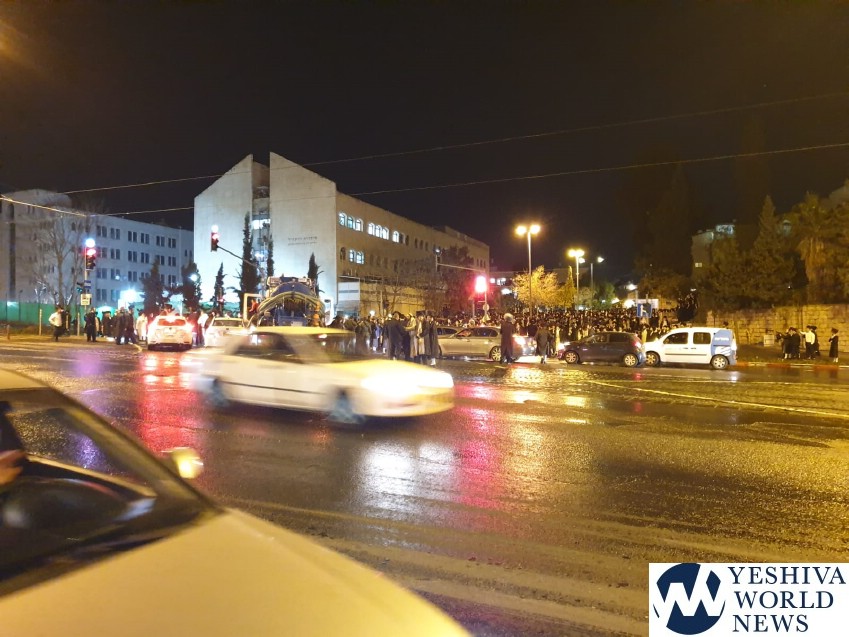