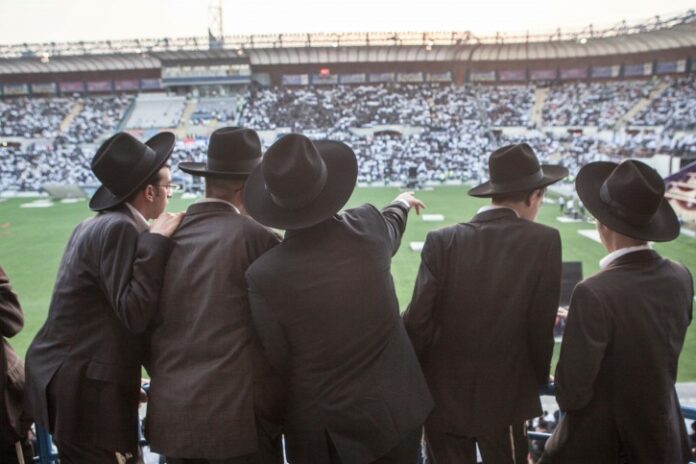 A combined chareidi Siyum HaShas is an event that is hoped will unite the tzibur under one Torah umbrella in the framework of Daf Yomi. The major event is set to take place in the Bnei Brak corridor, in the area known as ’דרך אם המושבות’ on Tuesday, 3 Teves.

One of the major issues that remain unsolved is Israel Police has not given its approval for the event, and this leaves organizers without a venue just a week before the scheduled siyum.

According to a Chareidim10 report, the sponsors, Degel Hatorah and Agudas Yisrael have requested a budget of over NIS 9 million from the Ministry of the Periphery, Negev and Galil Development. Some might suggest the sum requested is a bit extreme.

Bnei Brak City Hall, which is signed on the budgetary request, explains City Hall is only the pipeline for the money and cannot do anything to approve it. Chareidim10 tried to elicit a response regarding the size of the budget being requested, but a response was not forthcoming.

Here is a look at the budget prepared for the master siyum. It states, “Bnei Brak City Hall, as the largest and most concentrated chareidi municipality, coordinates this request with a number of authorities from the peripheral municipalities who wish to hold a common convention in a huge complex in the city of Bnei Brak that can accommodate 25,000 seats, which will meet the needs of the large tzibur of lomdei Shas around the country celebrating the completion.

“Rabbonim and public officials will take part in the historic event and they will address the forum. Entry will be given to those with tickets, which will be distributed by the periphery municipalities joining in the request.

“It should be noted that this historic status is the most talked about in the chareidi sector and many thousands of people wish to attend and celebrate the completion of Shas”.

The request continues, with the organizers seeking NIS 1.3 million for just publicizing the event, emphasizing it will be the “largest and most talked about event in the chareidi sector”.

Chareidim10 adds this will not be a single giant event, as the Betar Illit Municipality has been working on hosting an independent event for the past months.

Some might question the NIS 9 million budgetary request. It is pointed out that Shas party chairman, Aryeh Deri, happens to be the minister of Negev & Galil Development.

For comparison sake, Betar Illit City Hall is planning its event on 11 Teves. It hopes to have 5,000 participants, with a singer arriving from the United States who will perform alongside a well-known band. The budget seems to be between NIS 600,000 to NIS 800,000, with the largest expense is the construction of a large tent if it is a rain day.

The head of Likud in Bnei Brak, Beni Brak Councilman Yaakov Vider, has already asked his colleagues how they can entertain an event carrying a price tag closing in on NIS 10 million – and taking money from the Negev and Galil yet, the periphery communities who least can afford giving away their funding.

Vider insists that voting to approve this is not only “illegal, but anyone voting in favor is a partner in crime, stealing public funds, so don’t cry later when police come to your door in the middle of the night and take you out of bed at a time where there are so many in Bnei Brak who are trying to decide to buy bread or milk for the children. The askanim are out of control with the public’s money and this madness must cease!”