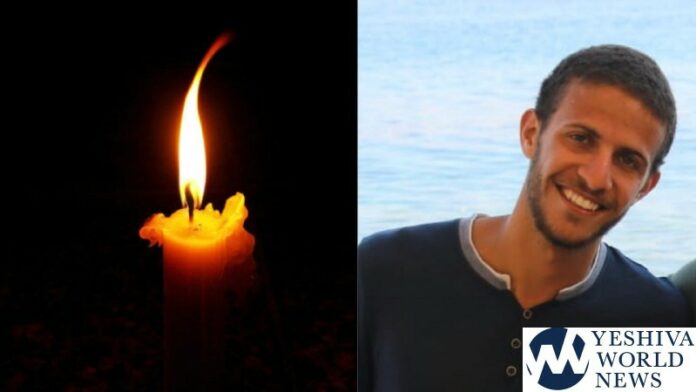 Shaarei Tzedek Hospital announced on Tuesday that a 19-year-old from the yishuv of Neria in Binyamin passed away from complications of the flu.

Hillel Dachvash, who is a talmid of a yeshivah in Elon Moreh, was sick for a few days and on Monday he collapsed and MDA paramedics were called and found him without a pulse. They began CPR and evacuated him to the hospital where he arrived in serious condition. The doctors at the hospital succeeded in restoring his pulse and attached him to an ECMO machine. However his condition continued to deteriorate and the doctors were forced to announce his death a few hours later.

A ten-year-old girl is in the ICU after her kidneys failed as a result of flu complications and in a particularly rare case, a 40-year old man with no underlying health issues is also hospitalized in the ICU and attached to a heart-lung machine as a result of the flu.

Dr. Meir Ezra Elia, a founder of an initiative to increase vaccination rates in Israel, said: “The flu is not the ‘cold’ we all know. It is a dangerous and contagious disease that can cause pneumonia and ear and sinus infections. Also, in rare cases, it can cause encephalitis, myocarditis and more. In some cases, the flu can even cause multi-organ failure and death. The flu is already here, but it’s not too late to get vaccinated.”

Prof. Chagai Levine, head of the Israeli Association of Public Health Physicians, told Ynet that “this year, dozens of flu patients have been hospitalized across the country, some requiring intensive care. We’re seeing a rise in morbidity from previous years.”

Israel’s Health Ministry is concerned about the number of people seriously ill with the flu and the low vaccination rate of only 16% of the population. The morbidity rate from the flu has risen significantly from the beginning of the winter compared to the same period last year.

The Director of the Health Ministry, Moshe Bar Siman Tov, called on the public to be vaccinated against the flu and added: This year, the number of people with the flu has gone up tremendously. The flu began earlier this year and it’s rising at a fast rate with a high morbidity rate. There’s a solution – go get vaccinated.”