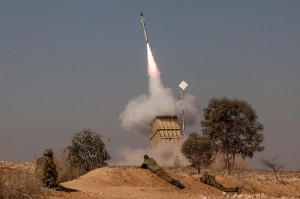 A man who approached the IDF Iron Dome unit stationed in Eilat was shot and wounded by soldiers on Thursday afternoon, erev Rosh Chodesh Adar 1 5774.

It appears the man was an Arab male who was running towards the Iron Dome battery while shouting “Ala Akbar”. He ignored the soldiers and continued running, compelling them to fire at his lower extremities. He is listed in light-to-moderate condition in Eilat’s Yosef-Tal Hospital.

What appears may have been an attempted terror attack is under investigation. Some unconfirmed reports state the man is deranged.