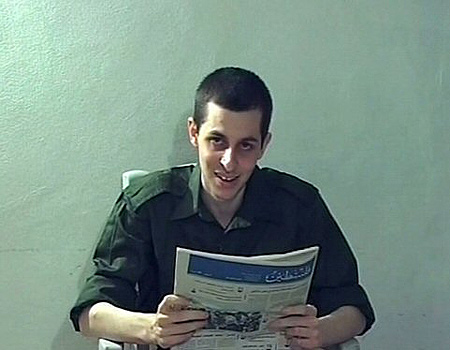 Addressing the President’s Conference on Thursday, Noam Shalit spoke out strongly regarding his son Gilad’s continued captivity, blaming a number of sources, including the United State Government.

Shalit correctly cited that of late, sources in Washington are expressing opposition to a prisoner exchange deal, fearing a success on Hamas’ part would weaken the already compromised position of PA Chairman Mahmoud Abbas (Abu Mazen), which would in effect contradict American interests in the region.

Shalit continued to mention there is pressure being exerted on US President Barak Obama from congress, demanding the White House turn up the pressure on Israel towards ending the Gaza embargo. Shalit questions why no mention is made of the brutal captivity of his son, which is a violation of international law as well as a violation of paragraph 8 of the Rome Convention.

He blames Hamas for the continued suffering of the residents of Gaza, pointing out that since Israel delivered its response two months ago, Hamas has been procrastinating.