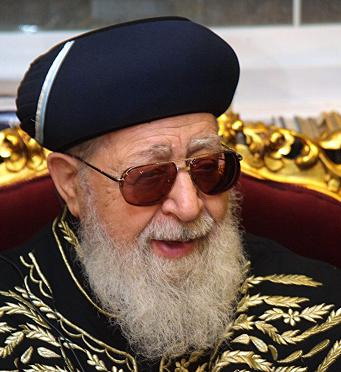 According to the p’sak halacha released by Rishon L’Tzion HaGaon Chacham Ovadia Yosef Shlita, residents of Lod must observe two days of Purim, reading the megilla with a bracha on 14 Adar and once again on the 15th, Shushan Purim without a bracha. This was the Rav’s response to an inquiry from residents, explaining they must also perform the other mitzvos of the day on both days, the 14th and the 15th, including the recitation of Al HaNissim, reading from the Torah with a bracha [on both days this year since Shushan Purim is a Monday], mishloach manos and matanos l’evyonim.

In his response, the Rav explained that observing two days of Purim in Lod is not a “midos chassidus” but it is the correct way for G-d fearing Jews to act in the city. As far back as 5747, in his response to the city’s chief rabbi, the Rav explains the gemara regarding Lod, that is was a walled city, but the chief rabbi of Lod at the time questioned if the Lod of today is situated in the same location as in the time of the gemara.

Back in 5747, when the paved road to Lod was being built, graves were found and the experts of Asra Kadisha explained they dated back to the Mishna, testifying to the location of the ancient city of Lod, the same as part of the Lod today.

The Rav brings his halachic decision in his sefer Yabia Omer (Volume 7 – Orach Chaim 60) explaining one should not change the minhag as it existed to date to eliminate any doubts, pointing out on Shushan Purim; the mitzvos are done without brachos.

In a related matter, the chief rabbis of Holon, Rabbi Avraham Yosef, a son of the Rav, ruled certain areas of Holon are also compelled to observe two days. Rabbi Dov Landa of Badatz Chasam Sofer disagrees. The Chief Rabbinate of Israel has released a message each person should act in accordance with instruction from his rav.