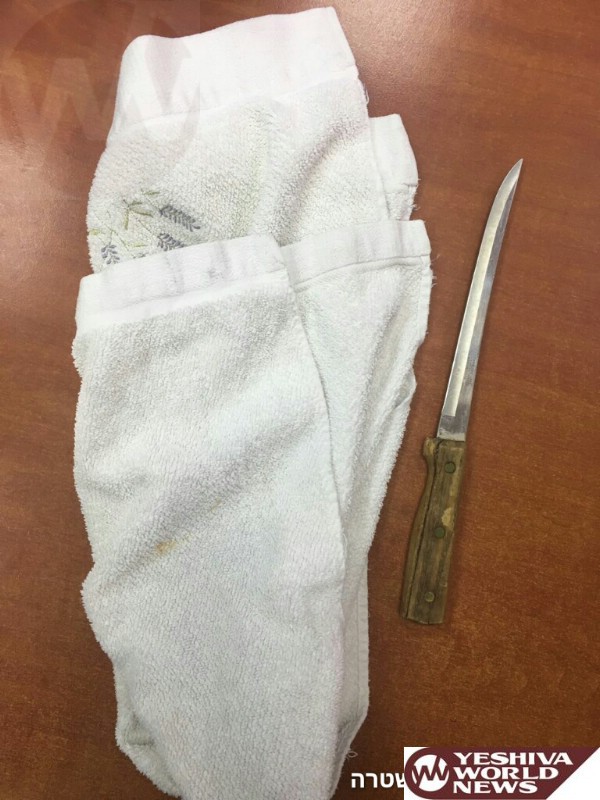 Police on Wednesday 26 Shevat arrested a 51-year-old male who was threatening passers-by with a large knife in Bnei Brak. He got onto a bus and began shouting “Ala Akbar” and “Itbach el Yahud” (slaughter the Jew) and brandished the knife which he waved randomly.

Police arrived and ordered the man off the bus. Police report the man is Jewish and the incident is not viewed as a nationalist incident.