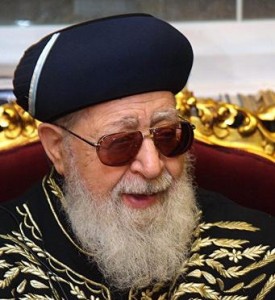 Chacham Maran Ovadia Yosef Shlita announced that one is permitted to recite Hallel on Independence Day without a bracha. The Rav adds it is preferable to push off the recitation of Hallel until completing the davening, since one should not insert tefillos into the prescribed text.

The Rav explains that gedolim have voiced various opinions regarding the recitation of Hallel, since Chazal did not insert it into the tefilla for this day we are not accustomed to do so but one cannot discard the miracles resulting in the establishment of the country and the ability of Jews to return to their Homeland.