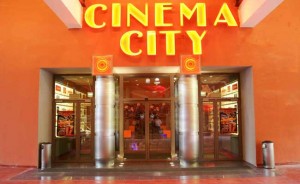 While the frum Jerusalem community is concerned the new Cinema City Complex containing 19 theaters will result in chilul shabbos, the secularists fear the entertainment complex will be closed on shabbos – at least that is the official ruling of city planning officials and terms of the project receiving approval.

Rabbonim and askanim feel in actuality it will open on shabbos, as YWN-Israel reported last month, but the non-religious community fears the agreement will be enforced, compelling their closure.

As such, young secularists are undertaking the battle, insisting if the complex remains closed, more and more non-Observant Jews will leave the capital and it is unacceptable that they are compelled to relocate to find shabbos cultural events.

A non-religious Kiryat Yovel residents committee has announced it will be airing a private movie this Friday night to prove that one can remain in the capital while living a secular lifestyle. They hope this week will launch a series of Friday night movie events as part of their ongoing opposition to the change in Kiryat Yovel to a chareidi community.

Hitorerut (Awakening) Party Jerusalem Councilman Ofir Berkowitz is taking part in the secular struggle, calling efforts to shut off cinema life on Friday nights unacceptable. He insists that if the city wishes to keep the non-religious residents, particularly the young, they will have to accommodate the needs of this population as well.