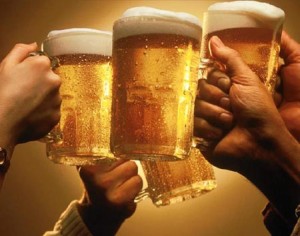 One of the most common, and likely the cheapest, alcoholic beverages you will find in the market is beer. Beer comes in numerous varieties, ranging from the classic IPA to the spiced Belgium beers, and there is something for everyone. When it comes to the kashrus of beer, there is a lot of confusion, with the consumer left wondering what may or may not be consumed. Let us take a fresh look and resolve the enigma.

Before deciding the kashrus of any food item, it is necessary to first understand the basics of its production.

Beer consists of four primary ingredients: barley (or other grain), hops, water, and yeast. In fact, according to the Bavarian Purity Laws of 1516 (also known as the Reinheitsgebot), beer may not contain any other ingredients. These four ingredients generally do not present kashrus concerns, and any company claiming to follow the Reinheitsgebot is likely kosher. However, aside from the fact that the Reinheitsgebot was deemed illegal in 1987 by the European Court of Justice, most countries never had those laws to begin with. This leaves the beer market wide open, and beer may be produced with virtually any ingredient a company desires, including oysters, clams, and lobster. (Take, for example, Rogue Brewery’s Voodoo Doughnut Bacon Maple Ale.) This leaves the kosher consumer with great concern – how does one know whether a beer is kosher? In addition, beer manufacturers often use a dizzying assortment of enzymes, extracts, and flavorings. Are these kosher? 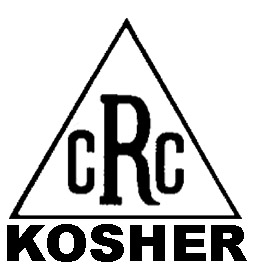 Even after the consumer verifies that a particular beer has all kosher ingredients, he still must be concerned about the equipment. Let us say that a brewery produces Oyster Stout, which is obviously not kosher; if they produce a standard, “kosher” beer on the same equipment, the “kosher” beer then becomes non-kosher.

Thus, in order for kosher beer to be kosher, one must be certain that 1) the ingredients are kosher, and 2) that the equipment is kosher and has not been used for non-kosher production. How, then, is it ever possible to know that a particular beer is kosher?

If a beer has reliable kosher certification, one can be confident that both the ingredients and the equipment are all kosher. If, however, a particular beer doesn’t have a hechsher, he does not have such a reassurance.

At this point, it is important to distinguish between large, national and international companies, and smaller, local breweries. Large companies often stick to the tried and true products. They simply cannot afford to experiment and try strange and unique products. In fact, Anheuser-Busch recently announced their first new beer in 15 years! On the other hand, smaller breweries, often referred to as microbreweries, heavily experiment with their brews, often producing one experimental run before moving right on to the next. In fact, the author is familiar with one brewery which has produced over 600 unique beers in just five years! Small breweries often have no qualms with producing an Oyster Stout followed by a standard beer, and the unsuspecting consumer often has no clue what was produced on the same line. Take, for example, Wynkoop Brewing Company, which produces Rocky Mountain Oyster Stout; the kosher consumer should certainly wonder what products were produced on the same line.

Since the large companies provide some stability, the consumer may feel some sense of confidence as to what kind of products are being produced. In contrast to small breweries, large breweries are somewhat less likely to experiment with potentially non-kosher ingredients.

Another difference is the production quantity. Large companies by necessity have large equipment and vats, as opposed to small breweries which may use small vats, often small enough to fit in a standard garage. This difference plays a big role when determining the effect of non-kosher beer on the production line: Even if a large brewery were to produce a non-kosher beer, the sheer volume of their production would likely render any non-kosher ingredients batul (nullified). This may not apply to smaller breweries due to the somewhat smaller production volume.

Other differences, such as standard cleaning procedures, at which point the flavors were added, and whether the equipment is in use seven days a week, may play a role as well.

In conclusion, any flavored beer requires reliable certification, due to the sensitivity of the flavorings. With regard to unflavored beer, it would depend on the type of brewery. Large companies, with national or international distribution, are less problematic due to their large production volumes and minimal experimentation with sensitive ingredients. Small breweries, however, are more problematic due to their sense of experimentation and heavy use of flavorings. One never knows what was produced on the same lines as a seemingly innocuous beer.

One of the difficulties facing the kosher consumer is how to determine what is classified as a “small” brewery. The general protocol is to ascertain the product’s market: a beer which is only available in a local region is likely a microbrewery. To help the consumer, cRc-Kosher has recently added hundreds of beers to our ever-popular Liquor List to grant some direction in determining the status of some popular breweries. Nevertheless, due to continual changes in the liquor industry, beers with a reliable hechsher are certainly preferable. As a matter of fact, the cRc Liquor List has over 250 beers with a reliable hechsher, certain to accommodate any taste or flavor.

The next time you find yourself looking for a beer, keep this information in mind to help find a kosher beer. A Freilichen Purim!!