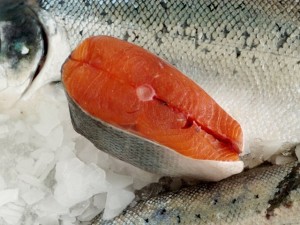 Approximately two weeks ago, YWN exclusively published an article from Rabbi Scher refuting the previous article written by rabbi Kuber regarding the worms in fish.

Rabbi Kuber is to be commended for his decision to continue this Halachic debate privately [as Rabbi Kuber wrote publicly in his second, and final public letter to YWN]. I fully agree that this continuing dialogue belongs in the Bais Hamedrash. The purpose of Torah arguments are to uncover the truth and should not be turned into spectator sport.

True to his word, Rabbi Kuber has sent a comprehensive response in private. I intend to respond to his arguments privately as well.

Rabbi Kuber is a respected and upstanding Talmid Chacham. As such, I regret the strong tone of the response. It has never been my intention to malign Rabbi Kuber personally. It is my sincere hope that we will conclude this argument the way all Torah arguments should; לבסוף נעשים אוהבים זה לזה.