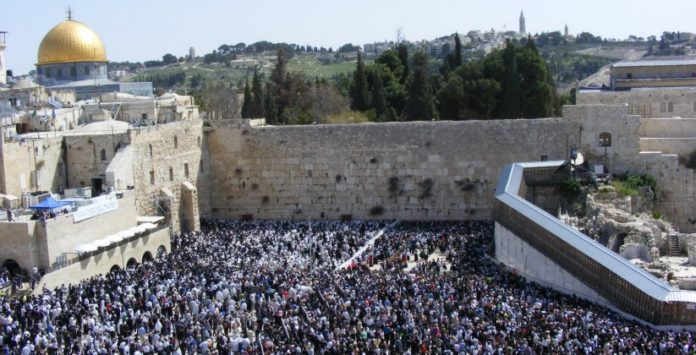 “When HaGaon HaRav Reuven Elbaz, shlita, Rosh Yeshivat Ohr HaChaim, led thousands in Kabbolas Ol Malchus Shomayim, his voice thundering, “Shema Yisrael Hashem Elokeinu Hashem Echad”, it was impossible not to be moved. When, together with the thousands that filled the entire Kosel Plaza, his heartfelt declaration of, “Hashem Hu Elokim” resounded, it felt as if the very heavens were opening on the massive Dirshu International Yom Limud and Tefillah held after Kvasikin Shacharis at the Kosel on Friday, 27 Elul, September 7.

The Gaon and Tzaddik, Rav Shimon Galei, shlita, stood before the Kosel leading thousands in the public recitation of Tehillim. In a voice full of supplication, begging Hashem for rachamim, he suddenly burst into tears. Who wasn’t gripped by emotion and tears as they joined Rav Galei’s tefillah on behalf of Klal Yisrael just before the Yom Hadin of Rosh Hashanah?

Who could remain unmoved as Rav Shmuel Eliezer Stern, shlita, Rav of Western Bnei Brak and Av Beis Din of the Beis Din of HaGaon HaRav Shmuel Wosner, zt”l, recited the Thirteen Middos of Hashem’s mercy with such deep feeling, echoed by thousands responding in a united voice that seemed to penetrate the very heavens?!

How can one encapsulate the feelings of hisorerus upon witnessing HaGaon HaRav Eliyahu Abba Shaul, shlita, Rosh Yeshivat Ohr L’Tzion, leading so many thousands in the recitation of Tehillim?

Was it possible to remain impassive as Dirshu’s Nasi, Rav Dovid Hofstedter, spoke with deep passion about the profound achdus through Torah and tefillah that all of Klal Yisrael were displaying throughout the world as they came together k’ish echad b’lev echad, to collectively invoke rachmei shomayim?

Tefillah Gatherings All Over the World

The event at the Kosel led by the Gedolei Yisrael was the flagship event in the International Yom Limud and Tefillah but it was by no means the only event. The International Yom Limud and Tefillah and the “Day of Jewish Unity”, a similar undertaking led by Acheinu, Dirshu’s kiruv arm, featured Jews from across the entire world, coming together in tefillah and achdus. Estimates show that more than a million people participated worldwide. “This was a sweeping, worldwide kiddush Hashem that undoubtedly served as a tremendous zechus before Rosh Hashanah,” said, Rabbi Shlomo Rozenstein, Dirshu’s Director of Public Relations.

Another exciting element of the day was the fact that thousands of children and teens were touched by the International Yom Limud and Tefillah. Dirshu arranged special, age-appropriate material for schools that brought the message and legacy of the Chofetz Chaim to life. Dirshu prepared booklets to be distributed to participating boys’ and girls’ schools across the United States and Canada.

Rabbi Yehuda Brecher, Menahel of the Yeshiva Ketana of Waterbury, whose school participated in the Yom Limud and Tefillah said, “At the assembly, the children were told numerous stories about the Chofetz Chaim after which we said Tehillim and sang the niggun of ‘Acheinu’ in an effort to promote the achdus that the Chofetz Chaim was so moser nefesh to uphold. I sincerely feel and hope that the enhanced appreciation for the Chofetz Chaim and the lessons that both the younger and older students learned about being sensitive and kind to others are lessons that will remain with them for a long, long time.”

Standing Together as One Man with One Heart in Achdus Before Hashem… at the Kosel!

Without a doubt, the highlight of the Yom Limud and Tefillah was the special maamad of tefillah held with the Gedolim at the Kosel.  One of the remarkable things about the event at the Kosel was not just the massive crowd – the entire Kosel Plaza from the Kosel right up until the back was jammed – but rather the wide-ranging participation of Yidden from all walks of life. There were Sefardim and Ashkenazim, Chassidim and Litivish bnei yeshivos, there were kippot srugot of the National Religious, alongside the distinctive, white-knitted yarmulkas of the Toldos Aharon Chassidim. There was even a large contingent of soldiers in military uniform who joined in the tefillah. That unprecedented achdus and kiddush Hashem at the Kosel was a microcosm of the achdus displayed the world over.

In his short remarks delivered right after davening at the Kosel, Rav Dovid Hofstedter hailed this unique achdus and its power to bring with it yeshuos, in advance of the New Year. He cited the first words in the parasha that would be read the next day, “‘Atem nitzavim haYom kulchem lifnei Hashem Elokeichem -You are all standing today in front of Hashem, your G-d.’” Rav Dovid poignantly said, “We too are all standing here today, together with multitudes all around the world. ‘Kulchem – all of you’, as one man with one heart, on the week of the Chofetz Chaim’s yahrtzeit. We are engaged in the essence of achdus, ‘lifnei Hashem’, in front of Hashem at the Kosel Hamaaravi… ‘haYom’, today on erev Shabbos, the Shabbos before Rosh Hashanah.”

Rav Eliyahu Abba Shaul recited Tehillim 142, with the voices of the multitudes peaking to a crescendo.

Rav Shmuel Eliezer Stern followed with the recitation of the Thirteen Middos, “Hashem, Hashem Kel Rachum….” He then recited the selichos that we say during Neilah on Yom Kippur, shedding tears as he bemoaned the pain of the Shechina over the fact that the Bais Hamikdosh has not yet been rebuilt.

The Chofetz Chaim, Also, A Light Unto the Nations…

The effort to reach out well beyond the Torah observant community and to encourage Jewish Unity among the masses that was spearheaded by the Acheinu organization, the kiruv arm of Dirshu, was also remarkably well received. In fact, this idea of the importance of Jewish Unity was even picked up by the secular press. Articles about the importance of the Day of Jewish Unity that coincides with the yahrzeit of the Chofetz Chaim appeared in numerous general publications, most notably a seminal article in Fox News, penned by Mike Huckabee, former Governor of Arkansas and Presidential Candidate, and an article in The Hill, by entrepreneur and former Press Secretary for President Trump, Anthony Scaramucci.

These opinion makers and news outlets were so taken by the importance of Acheinu’s message of unity that they felt they wanted to be part of it and encourage others to join.

Rabbi Rozenstein concluded, “The fact that so many Jews, from so many walks of life, at all levels of observance came together to promote achdus, to promote unity and to accept upon themselves to learn the Chofetz Chaim’s seforim and to follow in the pathway of caring for Klal Yisrael and ahavas Yisrael is a tremendous zechus for Klal Yisrael that will certainly continue well beyond the Yomim Noraim.” 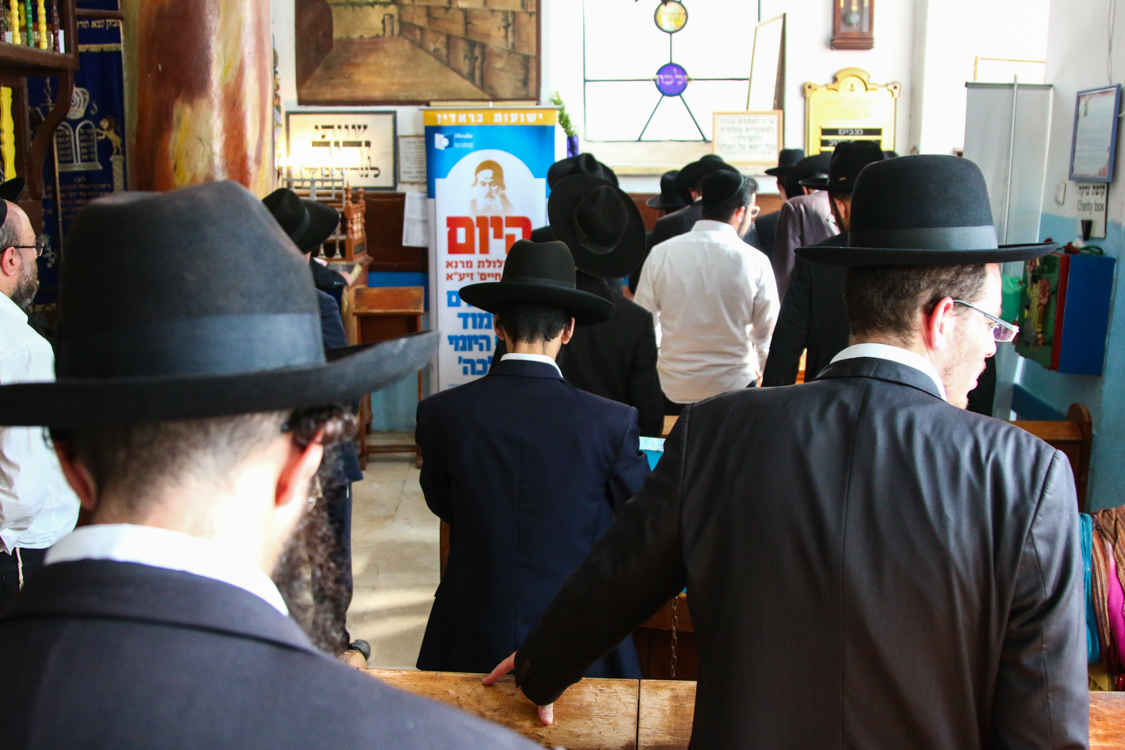