Three Gedolei Hatorah Test the Proficiency of the Shas Yiden Geonim on the Entire Shas –  by heart, in depth (iyun) and breadth (bekius)

An incredible sight was recently seen by the philanthropists and donors of the Shas Yiden Kollelim Network. This was a historical test for 62 Shas Yiden geonim. When one says historical, one may ask that seeing that the Shas Yiden network has already had numerous historical farhers by rabbis who are gedolei Yisroel. Nevertheless, this latest farher broke another barrier.

This was an amazing gathering of 62 incredible geonim gathered together – 21 from Beit Shemesh, 16 from Bnei Brak, 14 from Yerushalayim and 11 from Beitar. They sat on 3 risers facing the dais, and the nobility shining from their faces reflected how Shas had been absorbed into their being and the Talmud was, literally, in their hands.

What was most amazing were their penetrating responses to the array of probing and scholarly questions. By way of example, Rav Diskin asked if they could give an example from any place in Shas where a father and mother are so called, even if they passed away before the birth. The immediate response, in virtual unison was Megillah 13a – where it states that Esther was born after the deaths of her father and mother, and even so they are referred to as father and mother, which they had never been in practice.

An interesting question from Rav Feinstein: “How is it possible for a korban of livestock to atone without shechita and the pouring of the blood? Instant answer: Temurah 25b – one who slaughters a chatas (a sin- offering) and finds a living fetus of 4 months.”

The geonim were asked many questions on matters that appeared numeous times throughout Shas, and they answered and detailed each case. For example, Rav Feinstein asked, where is the dispute if imperfect shechita (she’eina reuya) can be regarded as shechita. Immediately, there was a torrent of responses: Kesubos 34a, Bava Kama 70b and 106b,Kidushin 57a, Chullin 80a and 84a.

Reb Meilech Biederman asked where in Shas is the following well-known principle to be found: “Wherever something should not be mixed, if it was mixed, it is problematic”, and with regard to which circumstances? The answer rained down like a slew of bright burning coals: The source is Menachos 18b and 103b regarding the mincha offering; Nedarim 73a regarding a deaf person annulling an oath made by his wife; Kiddushin 25a and Nidda 66a regarding an intermission during immersion; Bava Basra 81a, Makkos 18b regarding reading the text when bringing Bikkurim; Chullin 83b regarding covering the blood after shechita.

Reb Meilech raised the spirits of the gathering when he asked; “Where in Shas does it describe the importance of making people happy other than with money? The responses gladdened the hearts of all: Taanis 22a, the case of two jesters concerning who Eliyahu Hanavi remarked that they merited Olam Haba; Kesubos 111b where Rabbi Yochanan said: Better to show white teeth (to smile at another) that pouring him milk; similarly, the gemora in Bava Basra 9, that states that one who gives words of comfort to a poor person is blessed with 11 blessings, whereas one who gives only money is blessed with only 6.

Many, many other questions were asked, however there is no place here to bring them all in the space of a news report. The mood was electric and charged with anticipation as the geonim responded from each appropriate place throughout Shas, all which brought about an enormous and historical Kiddush Hashem.

The gedolei Torah present expressed their unqualified amazement at the extensive knowledge of the Shas Yiden geonim and expressed their sentiments before the founder of the Shas Yidden Kollelim Network, the Pozna Rov, Hagaon Harav Avrohom Halevi Eisen,  and the donors who witnessed the public farher during two dynamic and riveting hours.

The live farher will soon be available on the Shas Yiden website: www.shasyiden.com 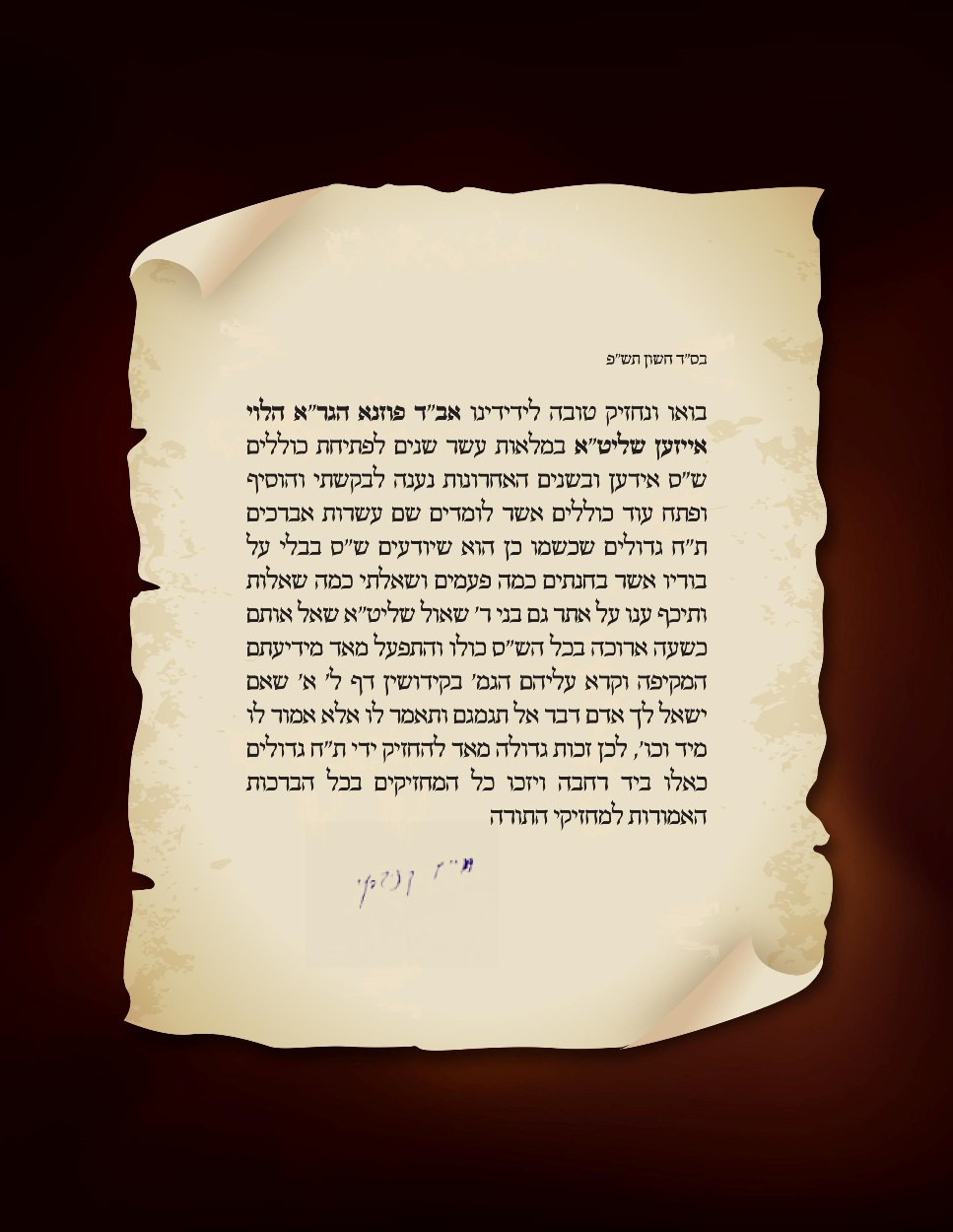 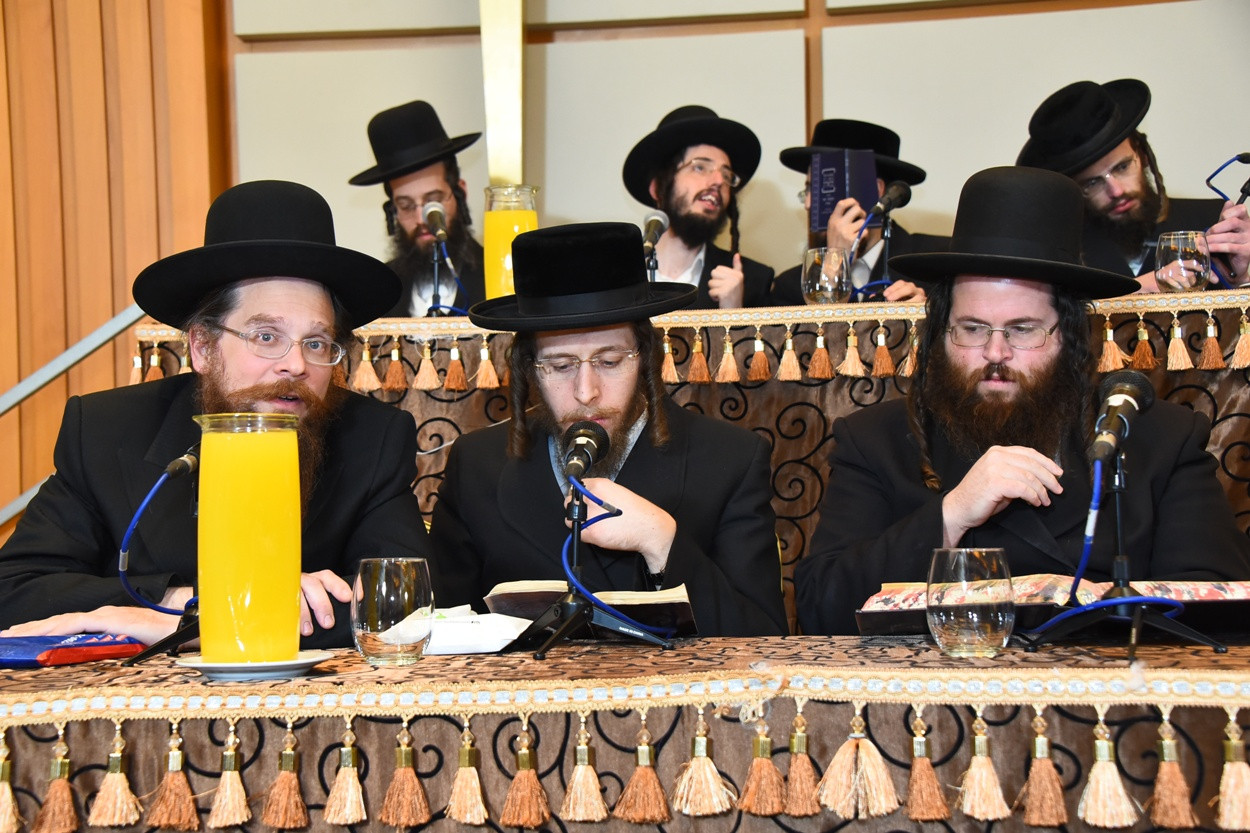 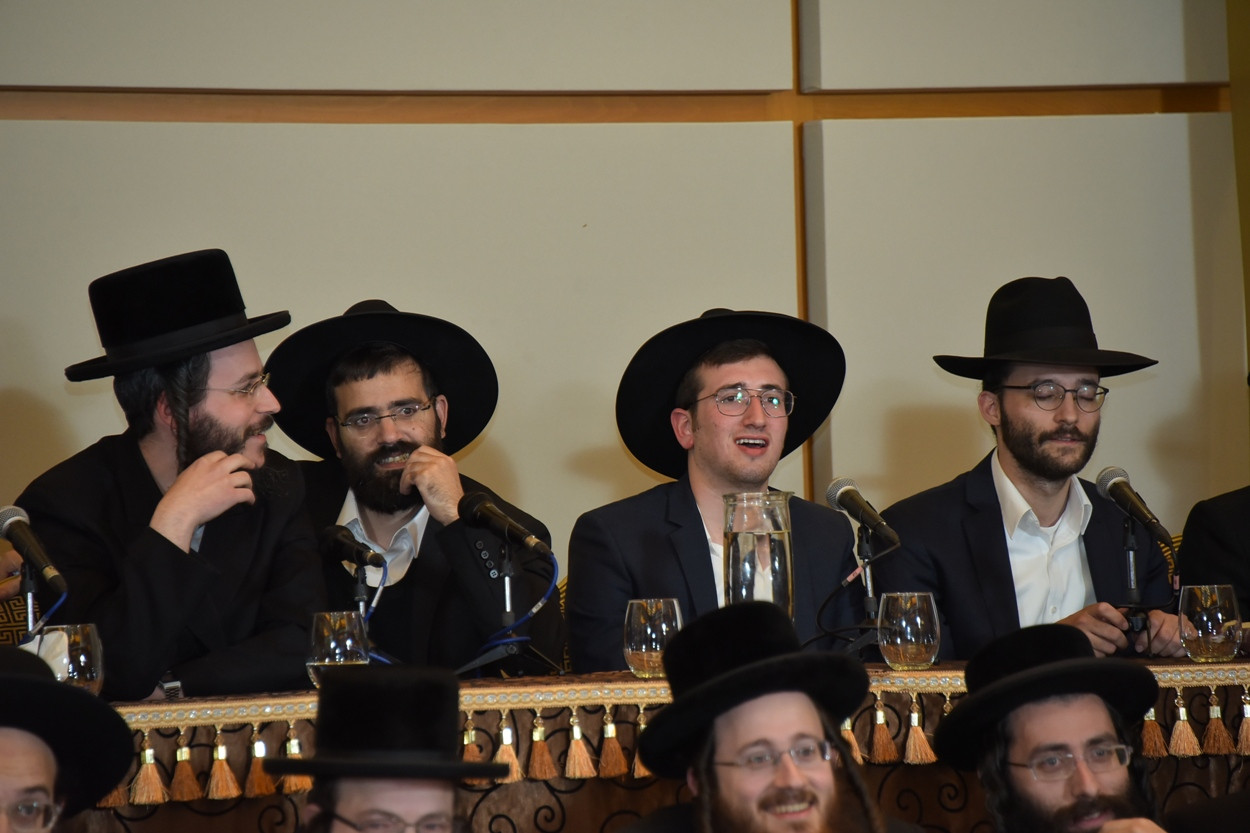 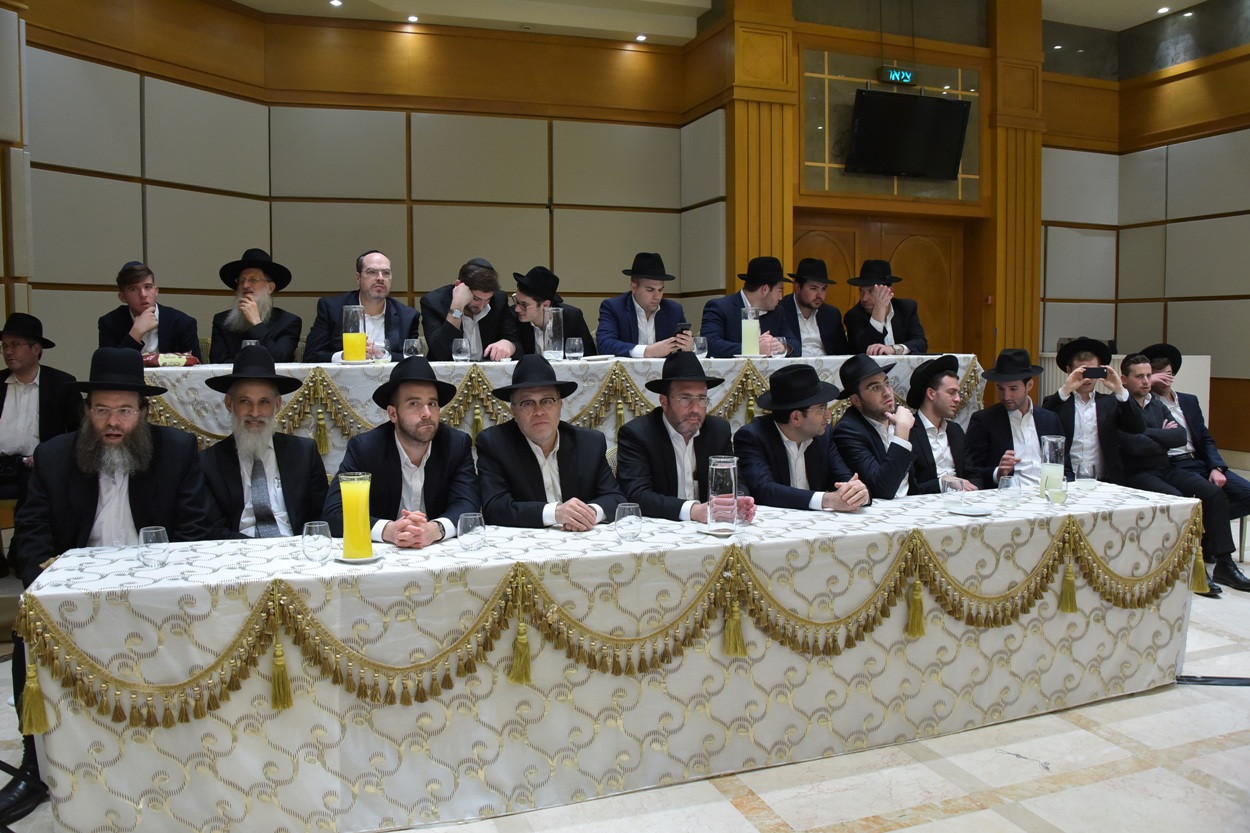 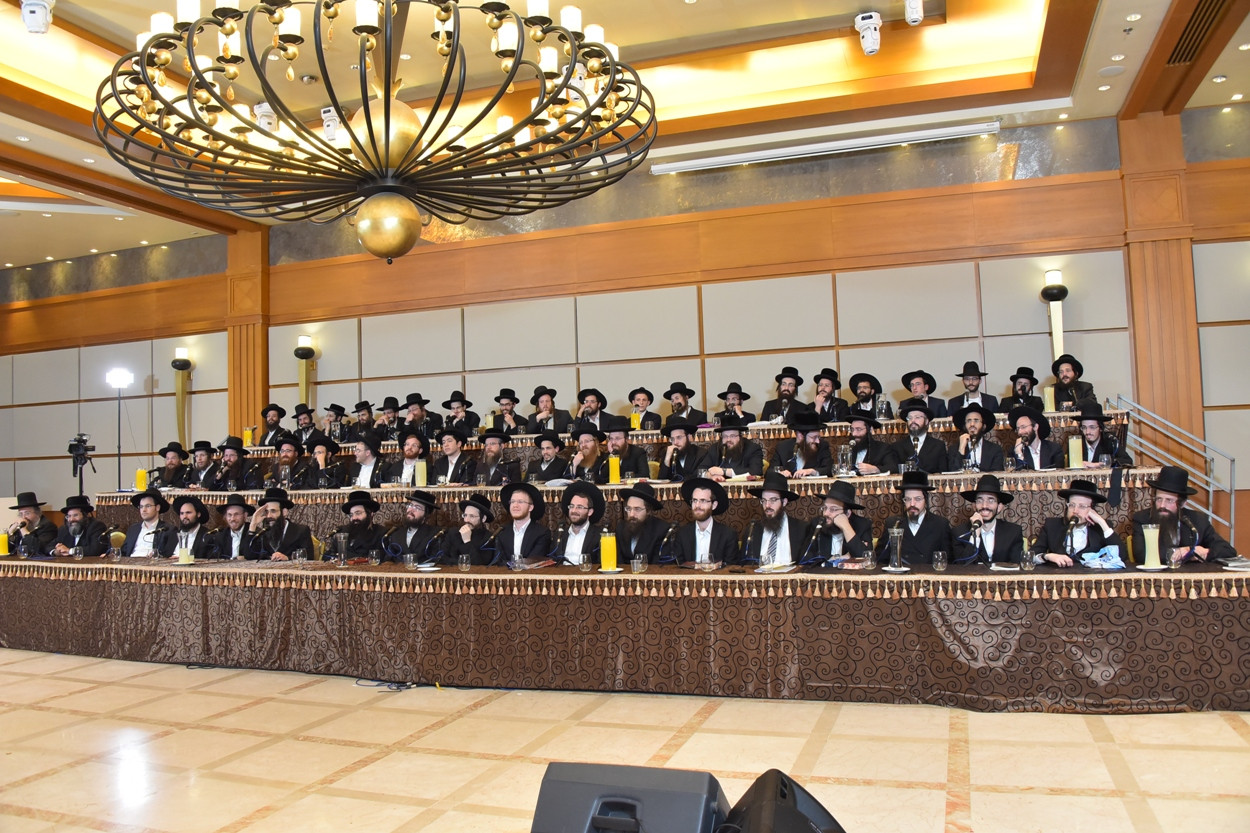 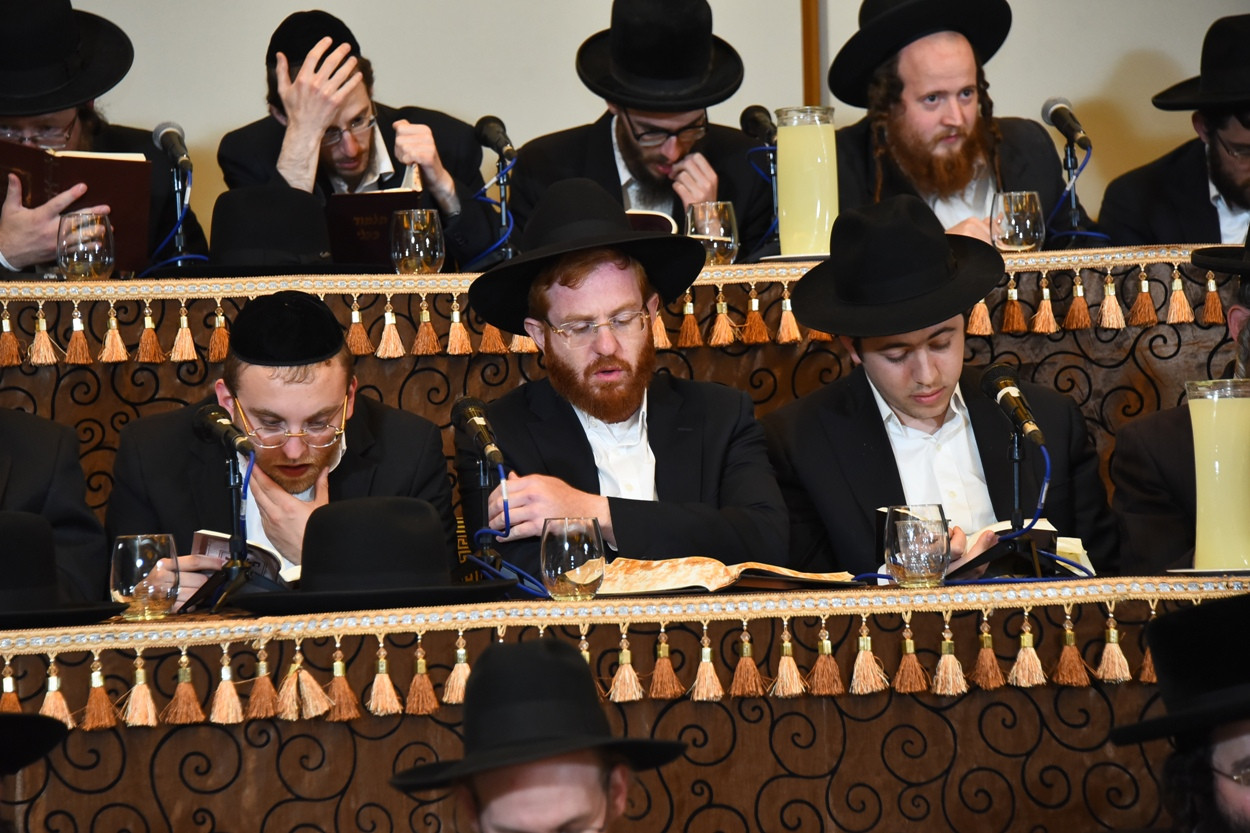 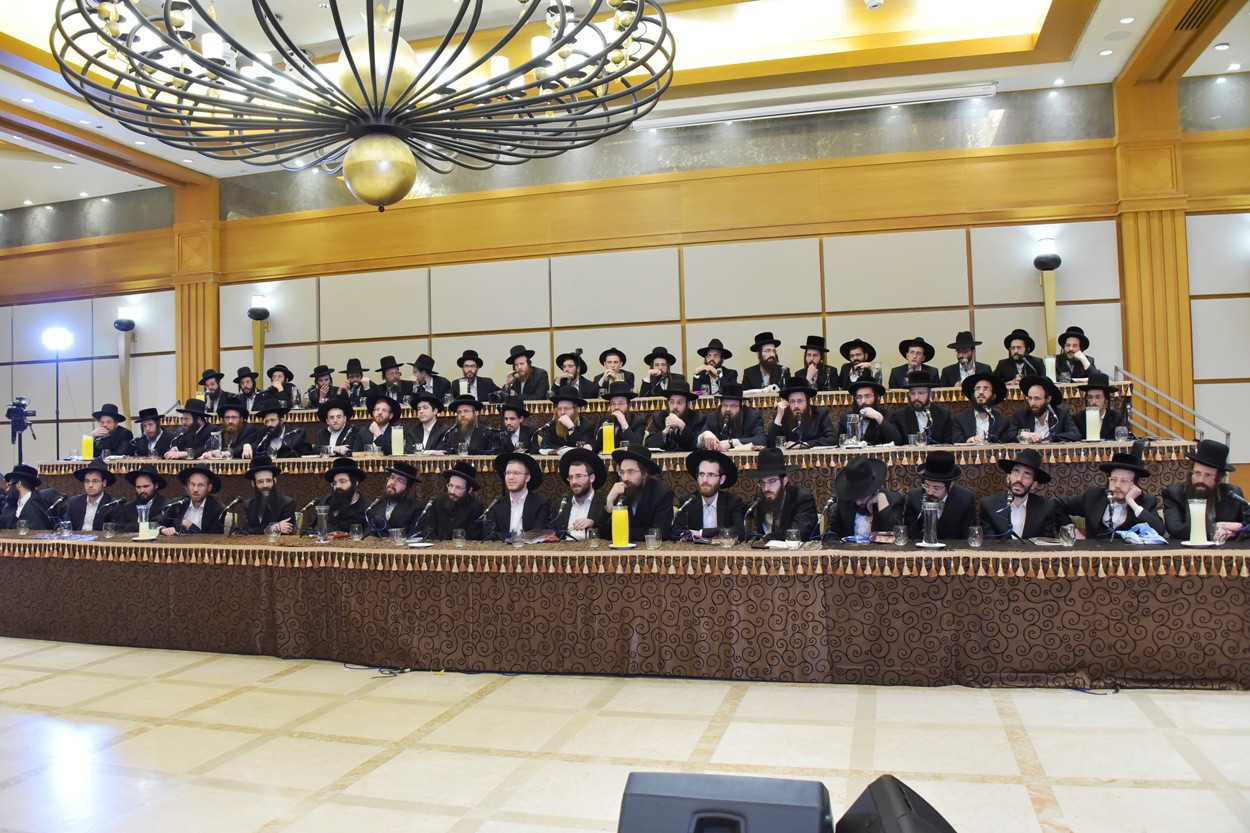 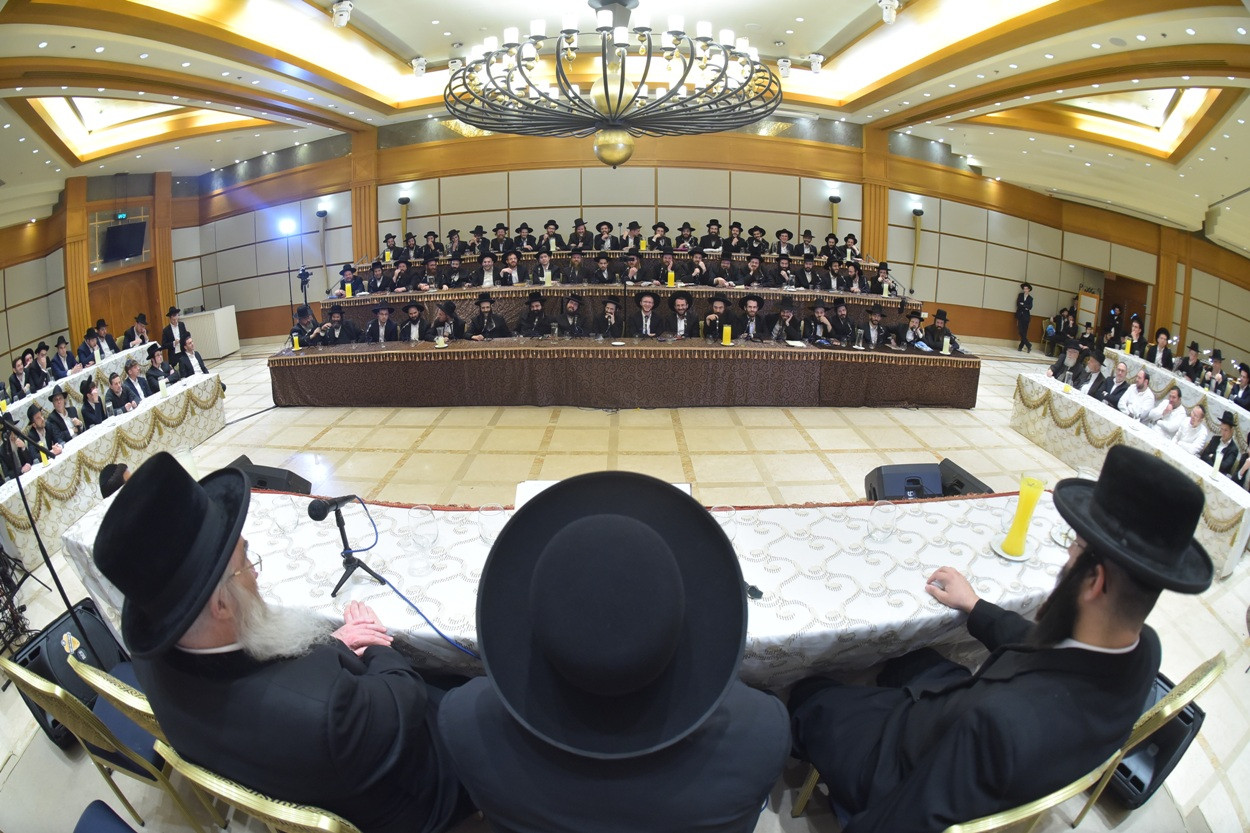 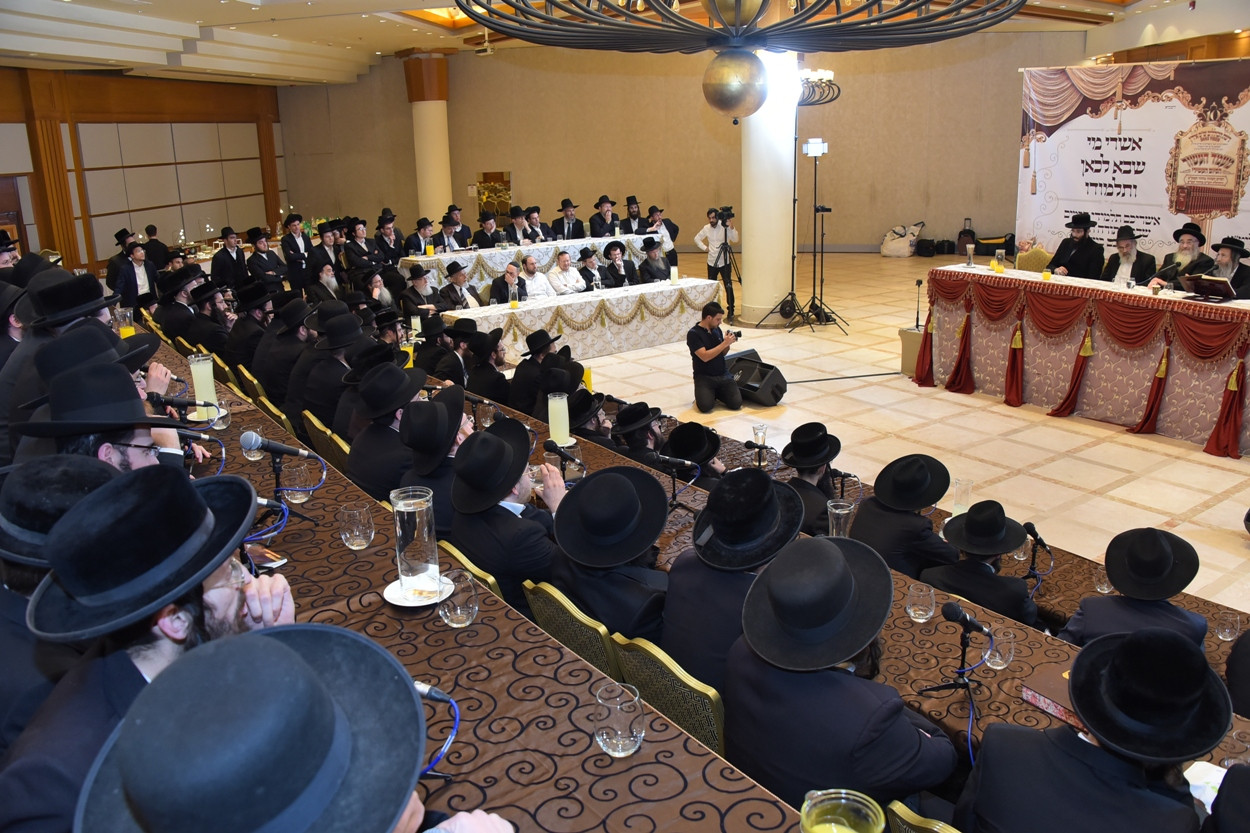 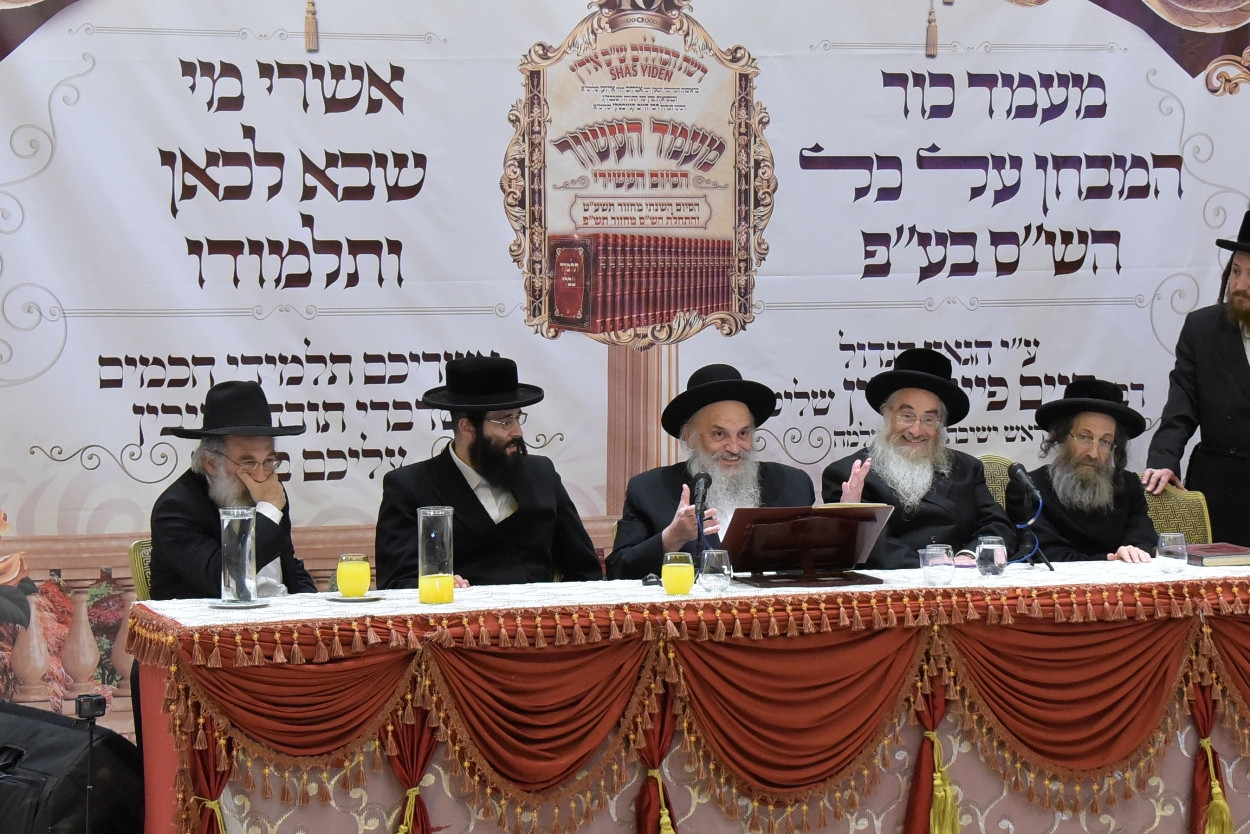 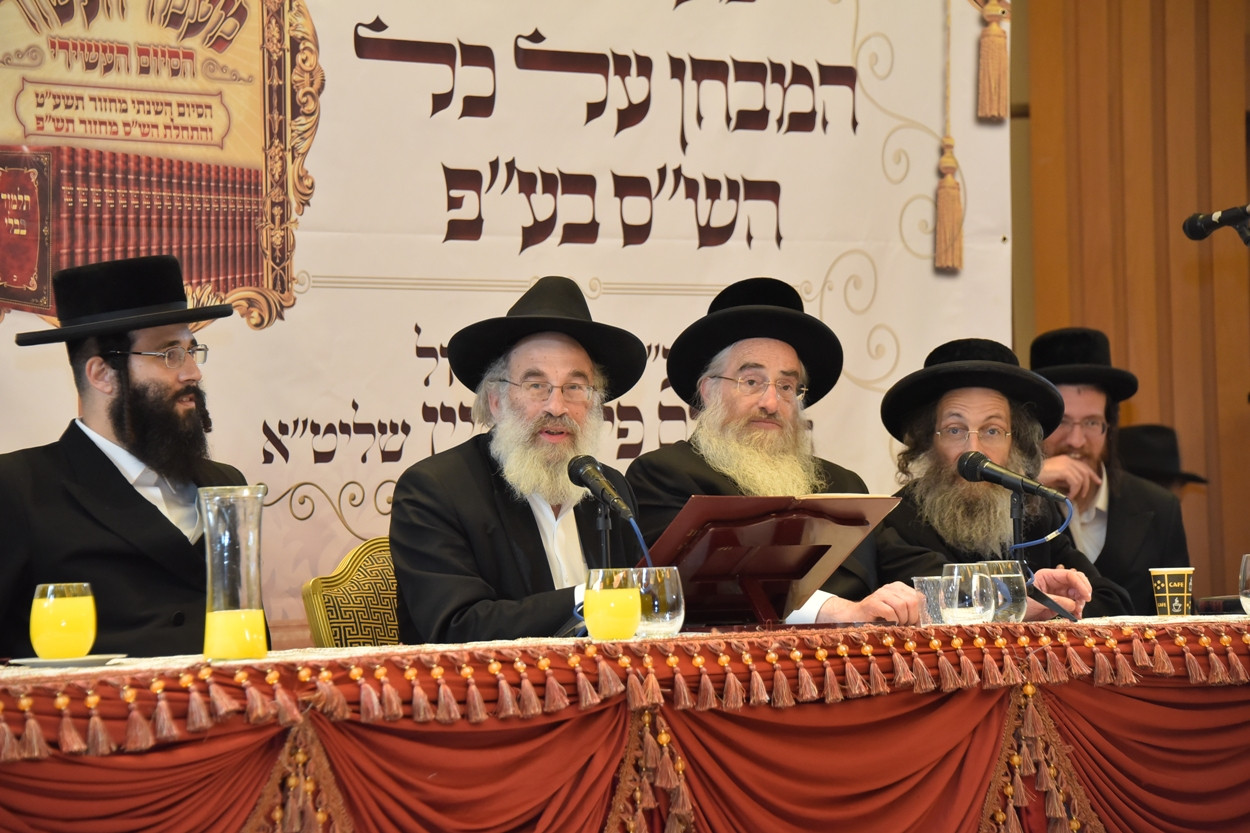 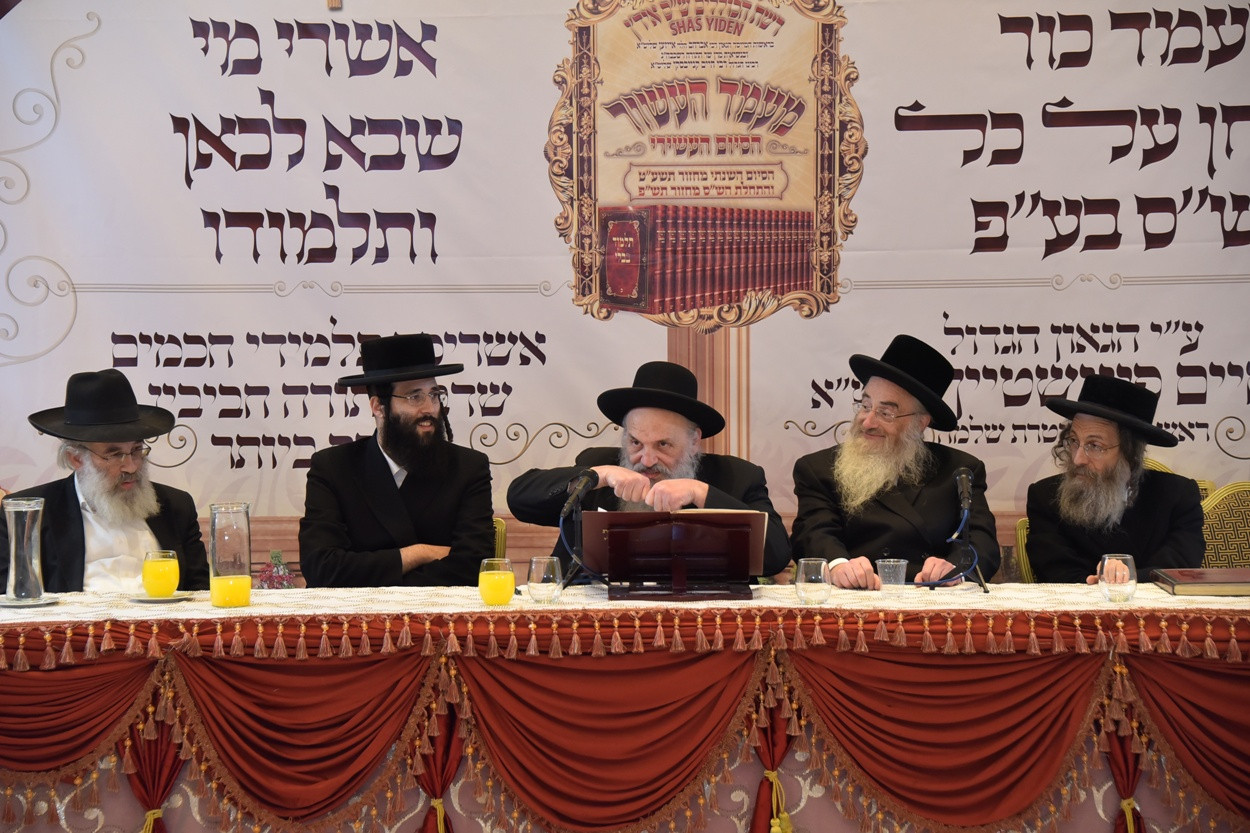 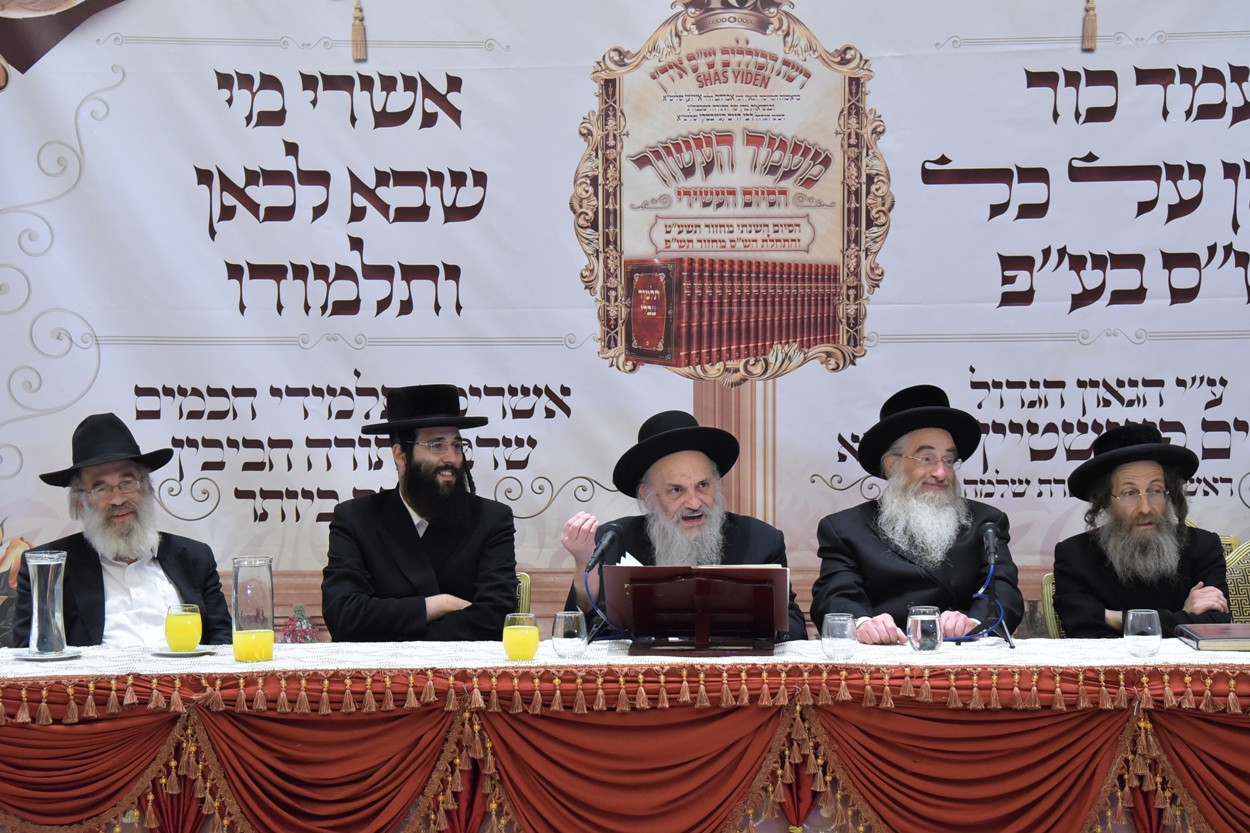