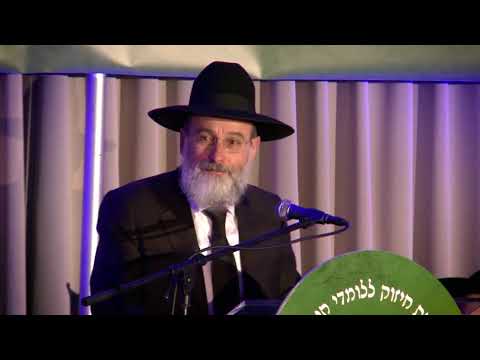 It was joyous, it was inspiring it was unforgettable!

If you want to be inspired, moved by seeing how thousands of yidden and their families have been transformed by being part of an accountable limud haTorah program, watch highlights of the recent Dirshu Convention here!

Led by Gedolei Yisrael representing the entire cross-section of Torah observant Jewry, the recent Dirshu Convention was not just a convention is was a demonstration, a rally that showed that Torah learning can be sweet for every Jew. No matter who you are and no matter what you do.

At a time when unity often seems so elusive, the Convention recently held at the Crowne Plaza Hotel was one featured wonderful achdus. Ashkenazim, Sephardim, Chassidish, Litvish, American and Heimish – all were there with one goal, to learn and know Torah.

The word achdus, however, is perhaps a misnomer. The Convention crystallized the fact that when the common denominator is thirst for yedias haTorah, an unending drive to know Torah and learn with accountability all outer trappings fade. The sight of a Skverer Chossid deep in conversation with a government employee from Baltimore debating a pshat in Tosafos isn’t achdus. There was never anything substantial separating them! The outer levush is so insignificant in relation to their absolutely identical, inner core of Torah. The sight of a Sephardic baal habayis deep in conversation with a Litvish kollel yungerman from Lakewood and a Satmar Chossid from Monroe clarifying a difficulty in hilchos Shabbos with a Detroit native, is not achdus. There was never anything significant separating them!

At a Dirshu convention when all are deeply bound together, united through Torah regardless of outer trappings, one feels an inkling of that exalted day to come when we will all come together under the banner of Moshiach!