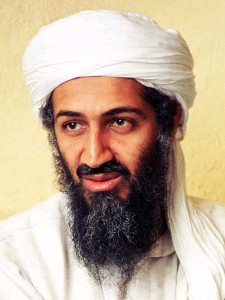 Iranian media on Sunday reported that Iran refuted US claims that al Qaeda chief Osama bin Laden was killed by US special forces in an operation in the Pakistani garrison town of Abbottabad last Sunday.

Refuting the official version given by the US administration, Iran’s Intelligence Minister Heidar Moslehi said that Iran has reliable information that Bin Laden died of illness some time ago.

“If the US military and intelligence apparatus have really arrested or killed bin Laden, why don’t they show him (his dead body) why have they thrown his corpse into the sea?” Moslehi asked.

He said the White House was seeking to “overshadow a regional awakening” by releasing such news.

US President Barack Obama had announced that al Qaeda kingpin Bin Laden was killed in an operation by special US forces in his hideout in Abbottabad on May 1. His body was quickly buried at sea and the US has refused to release pictures creating much controversy as many continue to question the veracity of the US claim.

NOTE: This claim contradicts with the claim of the Iranian President made one year ago, when he said that Bin Laden was living in Washington DC. Click HERE to read that YWN article, or watch video below strating from 4:45 in video.