The Staten Island Frum community of Willowbrook is in shock Sunday morning, upon learning of the tragic Petira of Reb Dovid Winiarz Z”L. As YWN had reported earlier, R’ Dovid was involved in a serious crash in Maryland early Sunday morning, during the ice storm which paralyzed the tri-state area.

A Misaskim spokesperson tells YWN that the accident happened on Route 23 and High Point Road in Hartford Maryland. Three other occupants of the vehicle – reportedly all residents of New Jersey – were injured and taken to local hospitals. Their exact conditions were still unknown. R’ Dovid was a passenger in the vehicle which reportedly hit a patch of black-ice while travelling to the AJOP Convention which is taking place at the Hunt Valley Inn Baltimore, MD.

R’ Dovid was known for his amazing acts of Chesed, and was heavily involved in running the local Bikur Cholim and Tomchei Shabbos is Staten Island. He was deeply involved in Kiruv as well, and brought many people back to their roots.

Reb Winiarz leaves behind his wife and 10 children – 7 of them unmarried.

In an absolutely tragic and shocking twist to the already tragic story, are his last two posts on Facebook which were made on Motzei Shabbos (posted below).

The first post reads “I will be travelling Motzei Shabbos/Saturday nite with the encouragement of my wife and children to a convention in Baltimore …….. If I am delayed in replying to messages…please bear with me”.

The last post he made reads “Before I leave on my road trip I came to learn Torah with my son and his friend…” (at an Avos Ubanim program). Attached to the post is a video of his son reading a Dvar Torah on this weeks Parsha.

Misaskim is working closely with the Baltimore Jewish Community’s local representative to the Medical Examiner’s office who, in turn, is working with the Hartford County Police Department and the Maryland State Police to ensure the proper Kavod Haniftar is provided.

Levaya information will be published as soon as it becomes available to us. 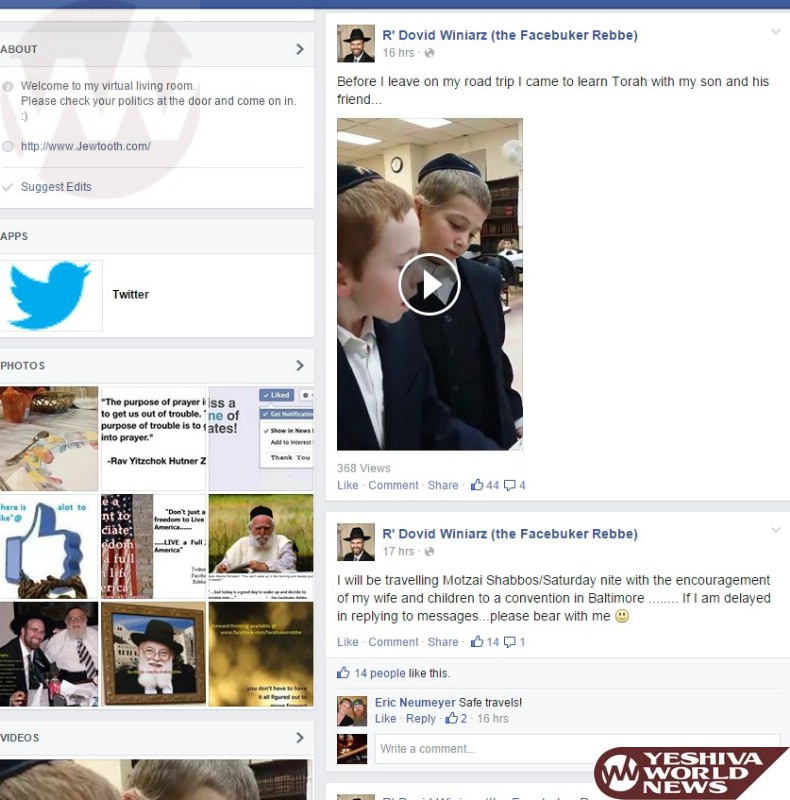 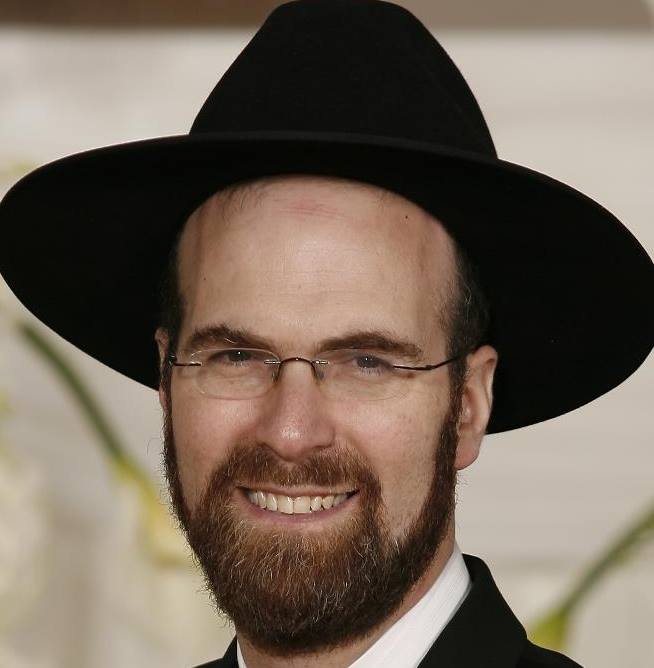