YWN has covered two previous Siyumei Hashas – in 2005, and in 2012, and we will once again be covering the Siyum in live time. Hundreds of thousands around the globe were glued to YWN at the previous Siyumim with our stellar reporting, and will be doing the same today.

YWN has a large team of photographers and reporters at both Metlife and Barclay’s, and our readers can expect live videos, photos, and updates.

You can also follow YWN on WhatsApp. Signing up is simple. Just click on this link, and you will be placed into a group.

THE LIVE STREAM IN ENGLISH IS THE FIRST PLAYER BELOW, SCROLL DOWN FOR LIVE STREAMS IN HEBREW, SPANISH, FRENCH, AND RUSSIAN

UPDATE 12:45PM: Tens of thousands are entering Metlife. These videos and video was taken moments ago at the entrance:

UPDATE 11:59AM: Securiry is so tight at Metlife that local TV reporters are unable to be on the property. Watch this video!

UPDATE 11:42AM: Rubashkin seen at Metlife. He celebrated his second anniversary of being released from jail two days ago.

UPDATE 11:40AM: YWN is live at the Siyum Hashas in Boca Raton, Florida. See the exclusive message from singer Simcha Leiner to all YWN readers!

UPDATE 11:26AM: The NYC subways are full of Yidden heading to the Barclay’s Center in Brooklyn.

UPDATE 11:22AM: A bus heading from lakewood to Metlife is seen broken down on the Garden State parkway – dozens of vehicles stopping to give every person a ride!

UPDATE 11:15AM: People have started to arrive at the Siyum. Among the notables are Gedolim such as Hagaon Harav Shmuel Kamintzky, the Rosh yeshiva of Philadelphia. Also seen arriving is Rabbi Yissocher Frand of Ner Yisroel in Baltimore.

Eyewitnesses tell YWN that nearly all the traffic driving on new Years morning on the Garden State Parkway are cars packed with Yidden heading to the Siyum!

UPDATE 10:35AM: Rabbi Abe Friedman, Chaplain of the NJ State Police delivering a briefing to hundreds of Troopers who are about to be deployed all around Metlife Stadium. Hear him explaining the sensitivity that they should have as the tens of thousands enter the stadium – as many of the people have never been in a stadium before. 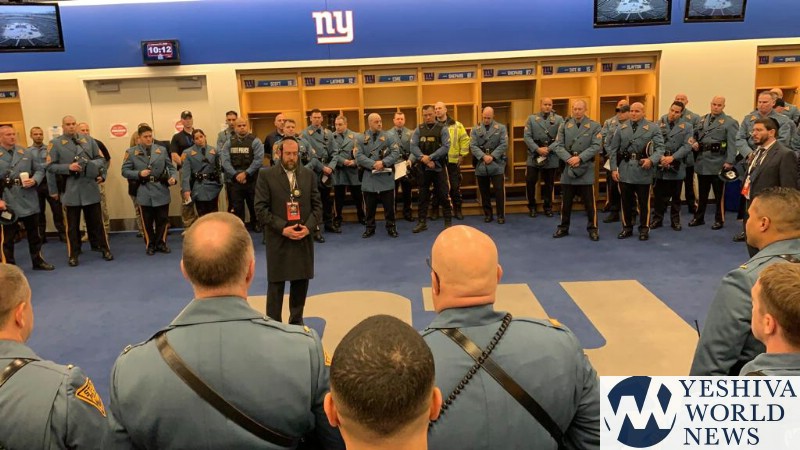 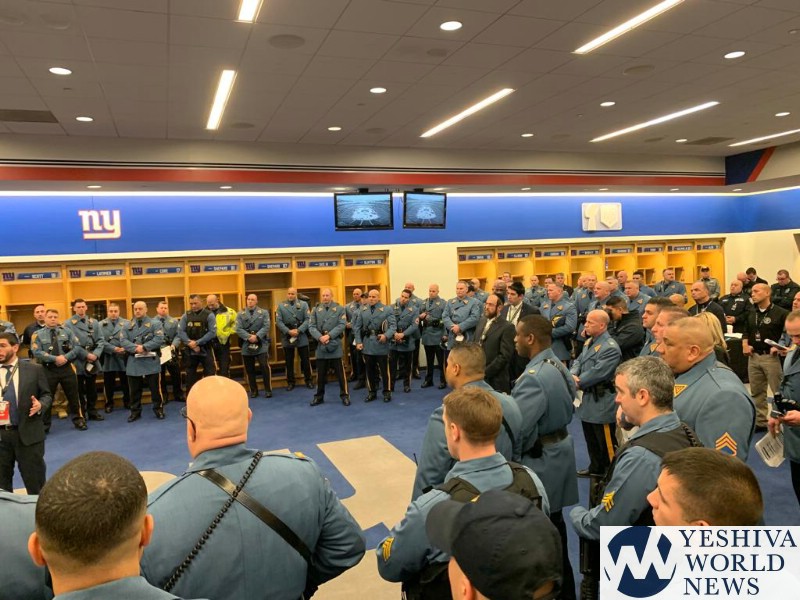 Dozens of Hatzolah members from many locations around the Tri-State area have volunteered their time and underwent special training for this massive event. Hatzolah has a command center parked outside both stadiums, and have many ambulances on standby in case of any emergency.

UPDATE AT 10:00AM: Shloime Daskal and other singers were seen rehearsing music inside Metlife Stadium just moments ago.

UPDATE 9:44AM: As many are focused on metlife Stadium, Barclay’s has been sold out as well – approximately 13,000 seats. The NYPD K-9 bomb-sniffing dogs were seen inside Barclay’s sweeping the room.

STREAMS IN ADDITIONAL LANGUAGES ARE BELOW THIS