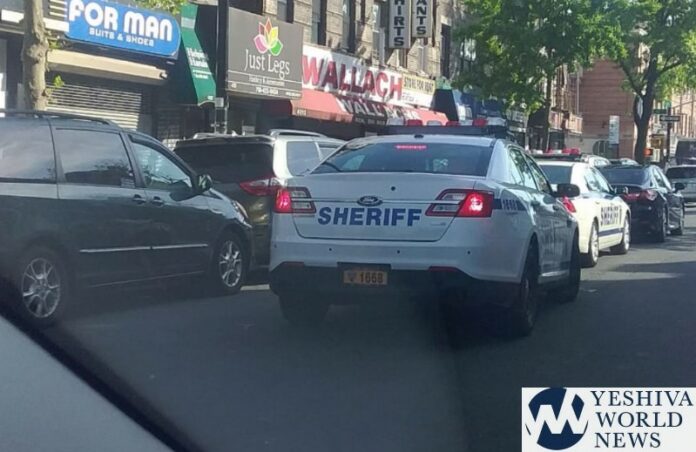 As YWN reported on Sunday morning, hundreds of stores and small-businesses opened their doors on Sunday in defiance of the executive order. As was expected, the NYC Sheriff Department visited multiple stores in Williamsburg and Boro Park to issue summonses and order the closure of the stores.

In Williamsburg and Boro Park crowds gathered to protest the closure of stores on Wallabout Street and on 13th Avenue. In Boro Park the scene turned ugly with people screaming at the Deputies, and passersby encouraging the protesters to hold their ground and not disperse.

Naturally, social media exploded with viral videos and many are claiming that the city is targeting the Jewish neighborhoods.

While YWN thinks it is outrageous for the city to allow Target, Costco and every other major store to be opened, while they are destroying every small business by forcing them to remain closed, YWN can confirm and has seen evidence that the Sheriff DID visit other areas in the city today. They were in Manhattan, the Bronx and multiple locations in Brooklyn – that are not populated by Orthodox Jews. Those store-owners were issued a summons and the authorities left. Only in Boro Park did a crowd resist the Sheriff and protest their presence. Yes, there are photos of long lines – with zero social distancing – outside businesses in Bushwick and other areas, but apparently, there were no 311 complaints made.

YWN has confirmed that the Sheriff specifically visited locations that complaints were made to 311.