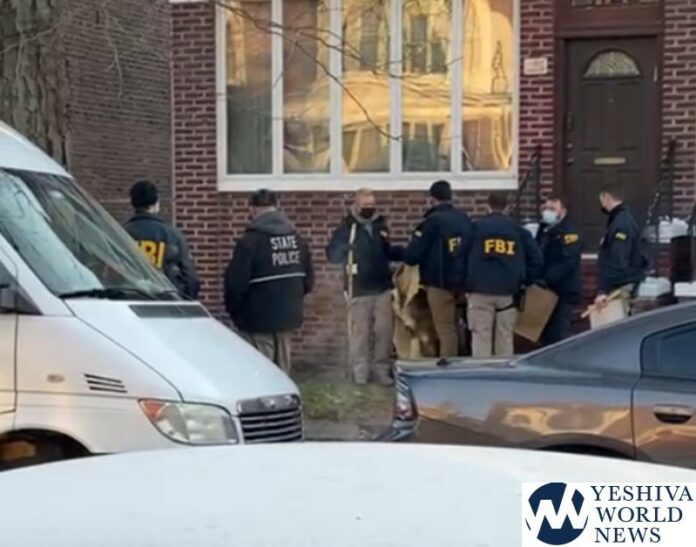 The FBI was in Flatbush on Tuesday morning, as they arrested a suspect in the U.S. Capitol riots last week.

Video footage shows FBI Agents carrying out what appears to be a costume that the suspect was allegedly wearing during the violent riot.

Numerous people have so far been arrested, and sources tell YWN that the FBI plans on making many additional arrests.

The NYPD assisted the FBI in the Tuesday morning arrest.