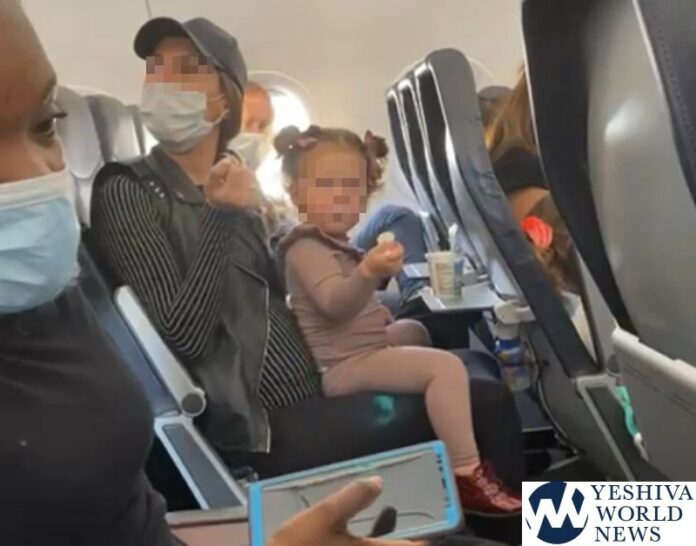 Once again, YWN is reporting a story involving Spirit Airlines and masks.

Today, it was an Orthodox Jewish family who was kicked off a Spirit Airlines flight from Orlando to NY, because their two-year-old child who was eating, wasn’t wearing a mask.

Video footage taken on the flight and provided to YWN, shows a two-year-old child sitting on her mothers lap eating a yogurt, as a flight attendant tells the Mom and Dad they need to exit the flight.

The father is heard telling the flight attendant that their other child is “special needs”. The Mom is seven months pregnant.

The entire flight was forced to deplane because of the child.

YWN has published quite a few articles about Spirit Airlines.

Multiple Orthodox Jews told YWN they were banned from the airline for no reason at all. No reason was ever given.

But the couple today is in good company.

Just two weeks ago, YWN published a story about Spirit Airlines threw a 4-year-old autistic child WITH A DOCTORS NOTE off a flight for “no mask”. The child had a “medical note from his physician stating that he’s exempt from wearing masks because whenever he wears a mask he holds his breath or he starts freaking out and he will harm himself.”