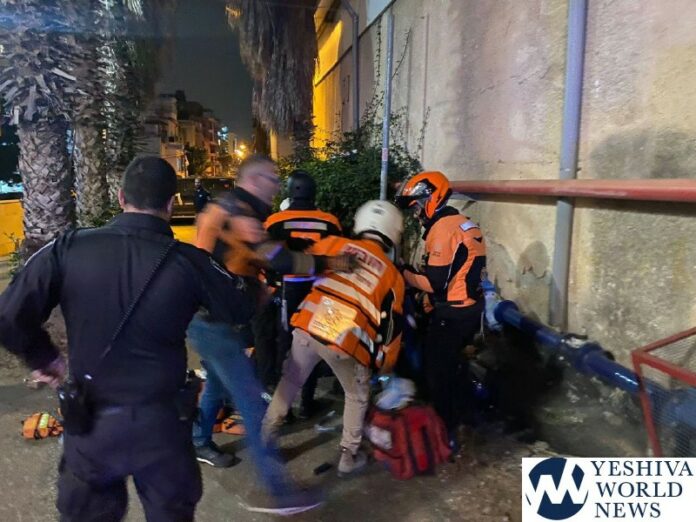 Five people have been confirmed killed after a terrorist opened fire in Bnei Brak on Tuesday evening. Four were pronounced dead on the scene. A fifth victim was rushed to Beilinson Medical Center in grave condition, but tragically succumbed to their wounds a short while later.

The shootings took place on multiple streets including Bialik, HaShnaim and Hertzl Streets.

Amateur video footage aired on Israeli television appeared to show the gunman in a black shirt armed with an assault rifle stopping a moving vehicle and shooting the driver. Another showed him chasing a cyclist, with the gun appearing to jam as he tried to fire.

Israel Defense Minister Benny Gantz wrote on Twitter that the security forces “will work with all means to return security to Israeli streets and the feeling of security to civilians.”

Israeli media reported that the suspected gunman was a 27-year-old Palestinian man from the northern West Bank town of Yabad.

The shooter was neutralized.

No Palestinian terror organizations immediately claimed responsibility for the attack. The Islamist militant group Hamas praised the “heroic operation,” but stopped short of claiming responsibility. Mosques in the Hamas-ruled Gaza Strip blared with “God is Great” cries celebrating the attack.

My heart is with the families who have lost their loved ones this evening. I am praying for the recovery of the wounded.

The security forces are at work. We will fight terrorism with persistence, diligence and an iron fist.

They will not move us from here. We will prevail.”

[WATCH THIS: Bnei Brak Residents Take Out Their Wrath on Vehicle Used by Terrorist]

United Hatzalah volunteer EMT Motti Noiman who was one of the first responders at the scene relayed: ” I treated a single individual who sustained gunshot wounds, he was in serious condition. The Psychotrauma and Crisis Response Unit of the organization was dispatched to deal with several people who suffered from shock as a result of witnessing the shooting.”

United Hatzalah volunteer EMT Avi Fishman who was also one of the first responders at the scene relayed, “Together with other EMS personnel, I treated one person who suffered from gunshot wounds and was taken to the hospital in critical condition. Unfortunately, four people were pronounced dead at the scene. Our Psychotrauma and Crisis Response Unit was active at the scene treating multiple people for emotional shock as a result of the shooting incidents.”

United Hatzalah volunteer EMT Akiva Kauffman who was another first responder at the scene relayed: “While I was riding my emergency e-bike I heard gunshots. I rushed over to the scene and began treating one person in critical condition who was then taken to the hospital.”

Overall, there were four people killed, one in critical condition, and several others suffering from shock.

MDA EMT Lipa Hirsh who treated the victims tells YWN: “we heard the shots at the MDA station and immediately went in the direction of the shots. On Herzl Street we came across a man in his 30s lying unresponsive. He was not breathing, didn’t have a pulse and had suffered gunshot wounds. We performed medical checks and found we had no choice but to pronounce him deceased. Approximately 100 meters from him, further down the street, we came across a 40 year old man, lying unresponsive with gunshots to his body. An additional MDA team which arrived to the scene provided him with medical treatment and conveyed him to Beilinson Hospital in critical condition. With my team, I continued to the scene at Hashneim Street at the corner of Bialik Street where we found 3 victims, 1 in a car and 2 lying on the sidewalk, all unresponsive. We performed medical checks and had no choice but to pronounce them deceased.” 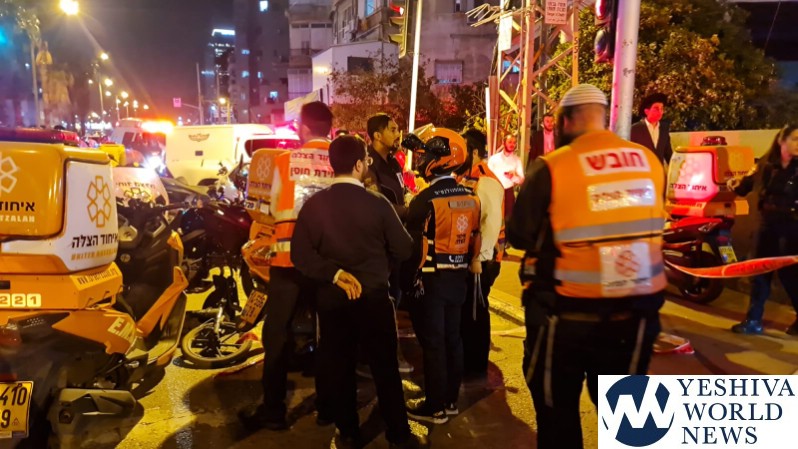