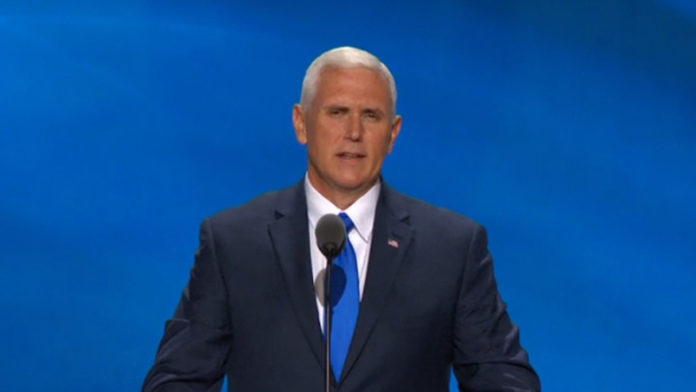 Vice President Mike Pence is headlining a fundraiser Monday at the Trump International Hotel in Washington to benefit his leadership PAC to help Republican candidates in the 2018 mid-term elections.

The fundraiser is expected to raise about $500,000 and Pence is expected to be introduced by Donald Trump Jr., the president’s son. That’s according to a person familiar with the planned fundraiser. The person was not authorized to speak publicly about the private event.

Pence’s Great America Committee was launched last year and has supported several Republican lawmakers. Pence will campaign in Pennsylvania Friday on behalf of Rick Saccone, who is running in a special election.