The NYPD is searching for a gang of six black teens who threw a metal pipe through the window of a Shul in Williamsburg on Shabbos afternoon.

Video surveillance shows the group approach the Volkan Shul on Franklin & Myrtle Ave at around 5:30PM on Shabbos, one of whom was holding a metal pipe.

As the group stood for approximately ten seconds, the youth holding the pipe raised it, then hesitated and handed it off to a second teen who hurled it through a synagogue window.

The entire gang then fled southbound on Franklin Avenue toward Willoughby Avenue and in the course of running, pushed a 10-year-old female to the ground causing minor injury.

NY State Assemblyman Dov Hikind (D-Brooklyn) expressed shock that the incident is not being considered a Hate Crime by police:

“The video is clear: This gang came to this specific location—a synagogue; they looked around to see if anyone was watching, then threw a metal bar through glass at the congregation. What if that bar hit someone—say an elderly man or a child? What if the shards of broken glass had gone into people’s faces? Calling this an act of ‘criminal mischief’ is a disgusting joke! Is there a policy to purposely minimize bias crimes?”

“This was a targeted attack on Jews who were quietly praying,” said Hikind. “If that’s not hate, what is? If law enforcement continues minimizing these events, the message to would-be attackers is clear: It’s open season on Jews. Are we waiting for another Pittsburgh type of attack, G-d forbid, before we take these matters seriously?”

Meanwhile, the NYPD announced two suspects had been arrested in connection to multiple swastikas found sprayed on the steps and garage doors of residential homes in Brooklyn Heights on October 30. (Garden Place, between Joralemon Street and State Street.) 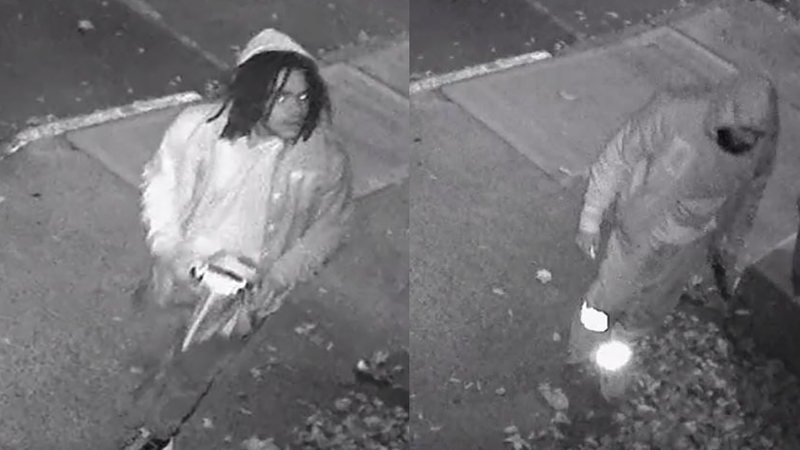 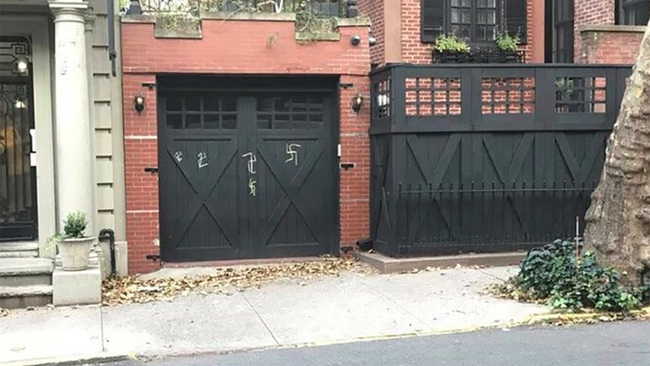 Messages written found at the Union Temple in Prospect Heights included “Kill all Jews”, “die Jew rats we are here,” “Hitler,” and “Jews better be ready”.

On Sunday, police on Long Island removed a swastika-defaced campaign sign in Stony Brook. That sign was for Perry Gershon, a Jew, who is running on the Democratic ticket in the 1st congressional district race against Republican Lee Zeldin.

A message of hate was found scrawled across a historic site for the black community. Police say the African Burial Ground National Monument in lower Manhattan was defaced late last week with a racist slur.

Additional CCTV footage showing group of youngsters assaulting girl before vandalizing Shul. The group assaulted two kids before the vandalism. Whoever has additional footage or info should call 911 @NYPD79Pct or @WspuShomrim pic.twitter.com/BhJEG2b28t