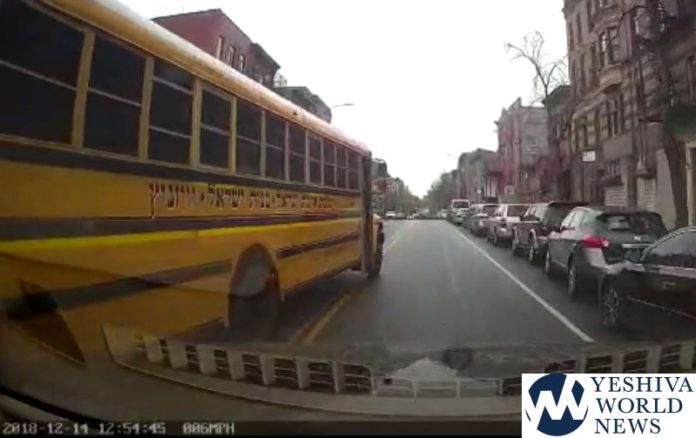 In response to an article and video that YWN published on Friday, a reader submitted the following unedited

I would like to comment on your article you put out last night with a headline of “BUS RAGE: Williamsburg Cheder Bus Drives Recklessly on Wrong Side of Street [VIDEO]”

I have a few problems with this.

1) yes the bus passed that car on the wrong side, but there was no RAGE, he thought that that car was going to turn right same as the bus before him so he passed them.

2) As you can see the car has RAGE how he was wild and dangerous and almost caused a accident with oncoming traffic all because of his rage.

3) yes the car had the dash cam and he was the one sending in to you, but that doesn’t take away of the fact that this is “lushen Hura” and the isser of “hamalvin pnei chaveiro berabim. I’m part of that schools society and my close family member is one of the head managers and i personally feel embarrassed by YWN bashing our bus.

4) all the buses that belong to our school have dash cams as well, maybe if they would send it in you would take their side? Is this how it goes that who ever sends it in gets the right no matter how many wrongs and unlawful and dangerous things he did?

5)Although YWN had a couple of articles about buses and dash cams that should not be a reason that all the buses now will be wrong and everybody else is automatically right.

6)The article barely mentions how guilty the drive of the car is, the head line should say “CAR RAGE” HOW A PERSON GETS WILD THAT SOMEONE PASSED HIM. He was dangerous and unlawful

7)The article gives the ok to do what the driver of the car did which is very dangerous, he had rage, he went wrong lane onto oncoming traffic without a way to see if someone will turn right so he was putting in danger innocent people, he passes 2 red lights, and he blocked and approached the bus driver which is very dangerous as we know a yid was dragged and killed near boro park a couple of months ago by such incidents a that van pulled him a couple of blocks.

YET ALL YWN CAN THINK OF IS WHAT THE BUS DID ? WOW HOW COULD THAT BE ? THIS IS NOT A LIBERAL OUTLET WHERE THERE IS NO RIGHT OR WRONG JUST ALWAYS THE LIBERAL NEWS.

PLEASE TAKE IT OFF AND ISSUE APOLOGY.