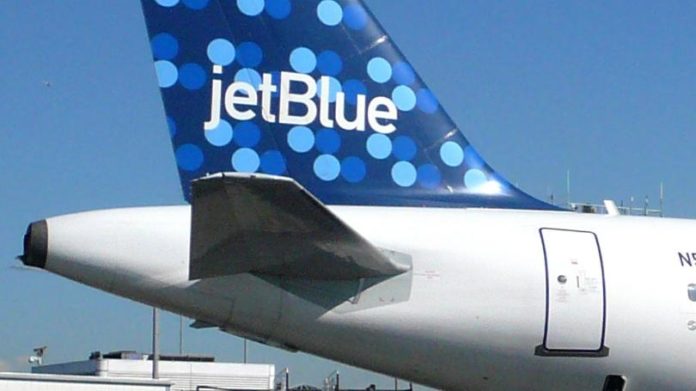 A Jet Blue flight at JFK Airport was temporarily placed into quarantine on Sunday night, after crew members feared passengers having the highly contagious measles virus.

Sources tell YWN that JetBlue Flight 410 from Santo Domingo Republic was carrying dozens of Orthodox Jewish passengers who were returning from a Pesach program.

The flight landed at JFK at around 9:00PM, and was immediately placed into quarantine, after two children showed signs of having a rash.

Jewish community activists immediately contacted the family’s pediatricians and doctors, and produced records showing that the entire family had been immunized. It appears that the suspicious rash on the children was instead some type of bites from bugs.

YWN has confirmed that the Port Authority Police allowed passengers to exit the aircraft about an hour after it was placed in quarantine.

“After reports of a potential medical concern onboard, flight 410 from Santo Domingo to JFK, was requested to hold for medical services out of an abundance of caution so a customer could be examined,” a JetBlue spokesperson said. “All customers have been cleared and the flight will deplane normally.”

BREAKING NEWS — A @JetBlue flight from Santo Domingo, Dominican Republic has just landed at JFK reporting two active measles cases on board, according to sources with strong knowledge of the situation. The plane is being moved to a temporary quarantine area.

Being quarantined on @JetBlue for false suspicion of measles.

@JetBlue were stuck on the plane because someone mite have measles can you turn on games of thrones for us while we wait. Flight 410