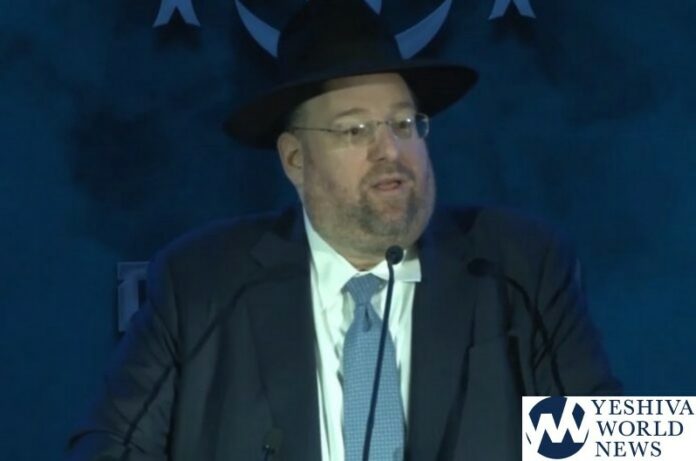 I was originally hesitant to write this letter however I decided that I can’t watch what’s currently taking place in religious neighborhoods and remain silent. If for no other reason at all, I’ll be able to say ”Yadai loi shufach es hadam hazeh”.

The Coronavirus is child’s play when compared to the potential devastation that is silently growing and metastasizing by the day. This new catastrophe cannot be cured by Remdesivir or any other legend drug. Furthermore the antidote would not be social distancing as from what I understand from 70+ years ago, there was no social distancing or masks in the gas chambers! It is irrelevant that President Trump moved the American embassy to Jerusalem and helped Jews in other ways, we Yidden are putting ourselves in a bigger Makom Sakana every day. I doubt that there is even one Goy who saw or read about our current vile behavior and did not instantly forge an innate hatred for the Jews. They’re not evil, it’s called natural. Just remind yourself about some of your inner thoughts while watching the fatalities during the BLM “peaceful protests”. The Goyim don’t necessarily have to care how many Jewish mortalities there will be in a specific shul, they are rightfully viewing this as a case where the Jews are being selfish, uncaring and above the law, which is causing an uptick in cases which will ultimately reach their own neighborhoods. “The Jews simply don’t care that we’re being killed”.

This is and will remain direct causation of unadulterated anti-Semitism. To stir up anti-Semitism takes a lot less than this. We’re breaking records now. This behavior has never occurred by Jews in America. We always knew our place. Pre World War 2, a lot of people could have escaped but never imagined in their wildest dreams what awaited them. Today, due to numerous reasons the world is on edge. People lost their jobs, people can’t pay for rent or food, people got or are scared of getting the coronavirus or perhaps they lost a loved one. People are extremely upset about inequalities across the spectrum. More people are taking phsychotropic drugs today than ever before. The world situation is fluid from day to day and one little spark can C’V cause the unimaginable. It also doesnt help that the Democratic Party as we knew it, no longer exists, as it’s been taken over by politicians who are trying to outdo each other in how “progressive” they can be. The root cause of our problem, the reason we feel so infallible is undoubtedly that we forgot WE ARE IN GOLUS!  This is not our Country. We are merely guests in America, where after more than a thousand years, we finally have the zechus to live in a Country without tight Jewish ghettos.

Unfortunately, Ltza’arenu harav, we have living amongst us a Behaima she’anenu tehora who is creating anarchy and chaos, which is being streamlined by the national media outlets. It shows indisputable proof that this self appointed, power hungry, inciter and demagogue Heshy Tischler who falsely claims that he represents us, is organizing demonstrations where we are to scream personal obscenities at the governmental authorities. “Dirty animals, Nazi’s, and Kapo’s” are just a few examples of this clowns overall limited vernacular. If this seems like I’m taking this personally, it’s because I am. He’s putting my family and your families at risk, and he knows it. But that’s not reason enough for him to surrender his candidacy in a race where his support won’t even hit double digits. What changed our mindset so suddenly? How did we collectively all forget that we’re being closely watched? Who is prepared to give a Din V’cheshbon on this colossal CHILLUL HASHEM? Did we learn this new behavior from the BLM movement? Is that who guides us today? Who are we, to decide which form of congregating is safe and which is not. The Medrash says: If you’re told that there’s Torah by the goyim, don’t believe it. But if you’re told there is wisdom by the Goyim, you can believe it.  We are in the midst of a never before seen coronavirus and naturally everyone is going to look to point fingers and place blame at the people who caused this. Half the Country thought it was President Trump. The other half believed it was the fault of China. This was finally the first calamity in history where the Jews were not being blamed. But not to worry. Some of our own people fixed that real quick. I am not an alarmist, but dare I say the immediate and long term consequences that are floating in my mind.

But technically this is all somewhat irrelevant. Because if with some magical wand we could theoretically prove to ourselves that our children and communities would be safe in schools, then the reality differs from the perception, and the latter rules.

Even if we are 100% right and are acting with logical reasoning, or we believe we can manage to not be seen without a mask, or we are convinced we’re being persecuted and singled out, or we realize that our children are not getting the best chinuch possible, unfortunately right and wrong are not at play here. We still cannot make up our own laws, and we are obligated per all the Rabbonim that I’ve heard opine to date, to follow the guidance of the health specialists. I have great faith in our Rabbonim that they will figure out an eitzah regarding the chinuch issues, and we’ll know it’s being done with Daas Torah. We must never forget that we are a nation of D’racheha darkei noam.

Yes, we live in a Democracy. And yes, we have a right to free speech, but Tischler’s hateful rants are not considered “speech”. We can always agree to disagree and there are judicial and political mediums that we can exhaust. We all have an obligation to be mishtatef in finding a resolution, but calling the Mayors wife a despicable name is dead wrong, defamatory and probably dangerous. This is not who we are. This is the antithesis of who we are! “A shining light (and sirens) unto the nations”. I personally watched  a video of Dr. Mitchell Katz (whom I’ve personally met several times) attempting to speak and help our communities in a much needed way only to be met with overdramatized false personal attacks on his charachter, to the point that he had to cancel the press briefing for fear of his physical safety. Forget the fact that he is revered and pursued throughout the Country and has established a reputation as being an apolitical figure who only takes into consideration what is best for the population’s health and well being, reasoning which should be beyond sufficient, but how are we so oblivious to the fact that these are the same people who make the regulations regarding Metzitzah, Shechita, foreign esrogim, the definition of death and when can they pull the plug, school curriculum, school funding, vaccinations and the list goes on and on?

But let me be clear. Heshy Tischler is not just a Zealot. HE IS A RODEF, yet it is us who will suffer the collateral damage! There is no Mesirah on a Rodef.

There is the view among many leaders that we should not bring up Heshy Tischler’s name because it will just give him the fame and publicity he seeks. This thought process is completely skewed. It would be useful in a scenario where someone is slowly building a following for the wrong reasons. You don’t give him the time of day, but here we are dealing with a completely different situation. Tischler is not under the radar. He and his vicious acts are known, recorded and in their face.

WHAT WE NEED TO DO NOW:

In my humble opinion,

While there might be a little extra work initially, in a relatively short period, we won’t have to act, react or defend ourselves to other people. They will then just view him as a very vocal vagrant with a few other friends who are just looking for attention.