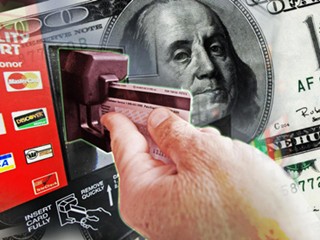 If you’ve filled your gas tank lately, it’s hard not to notice. Prices are going up, even as oil prices are staying down. So, why the recent spike at the pump?

It seemed too good to be true, and it was. When gas prices fell below the $2 mark last fall, skeptics said it couldn’t last and it hasn’t.

Gasoline prices are heading upwards again, rising at least 16 cents in the past month in the Tri-state area.

But that is still so much lower than one year ago and in some cases, by more than two dollars. Why gas prices are going up right now isn’t quite clear.

Gas prices often move in the same direction of crude oil, but lately, crude oil prices have declined. Overnight, crude oil prices fell to less than $38 a barrel, closing below the $40 mark for the first time since mid-January.

So why are we paying more than two dollars a gallon for gasoline again?

According to one oil analyst, because the economy is faltering globally, low global demand is keeping crude oil prices down. With gas, it’s a supply issue that has made prices higher.

The auto club says the national average is $1.90.

The average statewide gasoline price in New York state is $2.03 and $1.93 in Pennsylvania.