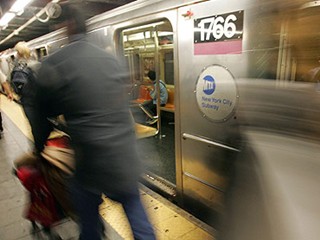 Transit officials voted Monday for a package of steep fare hikes that will increase the cost of a single subway or bus ride from $2 to $2.50.

The Metropolitan Transportation Authority’s finance committee approved the measure as state lawmakers sought to reach a compromise on a bailout plan that would avoid the worst of the planned fare increases and service cuts.

The full MTA board will vote on the fare increases Wednesday following Monday’s vote by the finance committee. The fare hikes and service cuts would take effect June 1.

The MTA adopted a budget in December designed to close a $1.1 billion gap in its operating budget by raising fare and toll revenues by 23 percent. The board also approved sweeping service cuts, including eliminating 21 local bus routes.

Gov. David Paterson and Assembly Speaker Sheldon Silver support a bailout for the MTA in which transit riders, motorists and businesses would share the pain.

Under that plan, crafted by a state commission headed by former MTA Chairman Richard Ravitch, fares would rise 8 percent on average, drivers would pay to use the free East and Harlem River bridges and businesses in the MTA’s 12-county region would be charged a payroll tax.

State Senate Majority Leader Malcolm Smith was still seeking a compromise to the Ravitch proposal on Monday. Negotiations were continuing.

The MTA is a state agency that runs New York City’s subways and public buses, the Metro-North Railroad and Long Island Rail Road, the Long Island Bus system and several bridges and tunnels. It has $27 billion in debt.