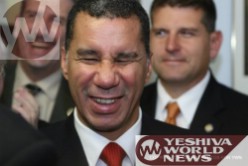 New York state is on track to run out of money in June and will almost certainly end the months of May, June, July and August with a negative balance, according to Comptroller Thomas DiNapoli and state budget officials.

“The state’s finances are very shaky,” DiNapoli said. “Big bills are piling up, and there may not be enough cash to cover them.”

The state ended the 2009-10 fiscal year (which closed March 31) with a general fund balance of $2.3 billion. But that’s only because Gov. David Paterson delayed $2.9 billion in payments to schools and other groups. Those payments will soon come due.

The state is on the hook to pay schools $4 billion June 1, including $2.1 billion that was deferred in March.

“Based on current trends, we anticipate being $1 billion short on that school payment,” state budget Spokesman Matt Anderson said.

What will the state do? Anderson said there are a number of options, but one clear frontrunner.

“The best way to address this is to enact a timely and responsible budget as soon as possible,” he said.

If no budget is in place, the state could be forced to do short-term borrowing or further delay payments to schools.