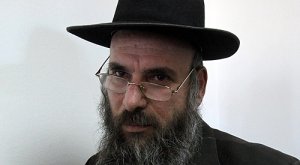 With  Shimon Fuchs Shlita being depicted as a wild man in the mainstream media, facing a criminal indictment of “harassment” for spitting and verbally assaulting a female soldier on a Jerusalem bus, the chareidi tzibur is standing firmly behind the father of 12, sending a clear message that he is not alone.

YWN-ISRAEL reported last week that Fuchs was identified by some eyewitnesses on board a Jerusalem bus, while other witnesses stated he did nothing wrong. Police, including the Jerusalem police chief preferred to believe those who stated Fuchs was guilty. He has already been indicted and released to house arrest.

Rav Fuchs, a N’vei Yaakov resident, is described by those who know him as an “outstanding Torah scholar” as well as a Mo”tz (Moreh Tzedek) in the community. In a showing of widespread support many community residents this Friday night davened outside his home, permitting him to take part in kabolas Shabbos despite his house arrest.

An urgent meeting was held on erev Shabbos in the home of HaRav Tzvi Weber Shlita, leading to the decision for the kabolas Shabbos outside Fuch’s home. After davening, the tzibur began singing “Utzu Eitza” and many went to the rav’s home to wish him a gut Shabbos and give him a chizuk.