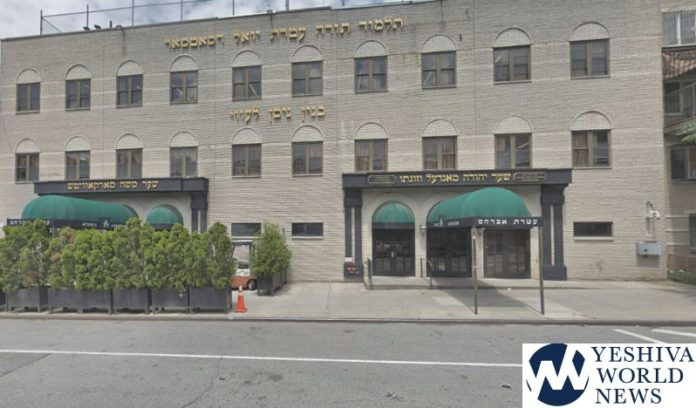 The New York City Health Department today announced that it has closed a child care program in Williamsburg for repeatedly failing to provide access to medical and attendance records in violation of an Order of the Health Commissioner in response to the current measles outbreak. That Order requires child care programs to exclude unvaccinated students and staff and to maintain medical and attendance records on site and provide the Department with immediate access.

United Talmudical Academy (UTA), located at 75 Ross Street in Williamsburg, failed to provide access to those records, making it impossible for the Department to determine whether the child care program has been excluding children and staff as required. Health Department staff will monitor the school to ensure it is following the closure order and the center will not be allowed to reopen until its staff have submitted a corrective action plan approved by the Department.

To date, 329 cases of measles have been confirmed since the beginning of the outbreak last October, with 44 additional cases added since last week’s emergency order from the Commissioner. Six of the additional 44 cases are newly diagnosed, while the other 38 are recently discovered, but had infection onset prior to the emergency declaration. The majority of cases are children under 18 years of age (284 cases), and 45 cases are adults. Most of these measles cases were unvaccinated or had only one dose of the vaccine. There have been no deaths associated with this outbreak, although there have been complications, including 25 hospitalizations and six admissions to the intensive care unit. Additionally, 23 yeshivas and day care programs have received Notice of Violations (NOVs) for not following the school exclusion order; this is the first program to be closed.

“While we expect to see an increase in case count over the next several weeks due to exposures that occurred prior to the emergency declaration, we know that increasing vaccination rates is the definitive path to ending this outbreak,” said Deputy Mayor for Health and Human Services, Dr. Herminia Palacio. “Nevertheless – it is simultaneously important to keep unvaccinated children from attending school during this outbreak. We must use all public health tools at our disposal.”

“This outbreak will continue to worsen, and the case count will grow if child care programs and schools do not follow our direction,” said Health Commissioner Dr. Oxiris Barbot. “It’s crucial in this outbreak that child care programs and schools maintain up to date and accurate immunization and attendance records. It’s the only way we can make sure schools are properly keeping unvaccinated students and staff out of child care centers to hasten the end of this outbreak.”

Measles is a highly contagious disease and can cause pneumonia, encephalitis (swelling of the brain), and death. Measles is easily preventable with the safe and effective MMR vaccine. Newborns, pregnant individuals, and those with weakened immune systems cannot get vaccinated, so it is important that everyone around them be vaccinated in order to protect them from contracting the virus which can have severe complications in these susceptible populations. While the MMR vaccine is the safest and most effective method of prevent measles, it is 97 percent effective, so population wide immunity is a key component to protecting our most at risk New Yorkers from measles. Pregnant women – even if they have received the MMR vaccine – are still at risk of complications including loss of pregnancy.

The Department expanded vaccination recommendations for providers serving the Orthodox Jewish community to include an early, extra dose of the MMR vaccine for children between the ages of 6 months to 11 months who live in Williamsburg, Borough Park, and Crown Heights.