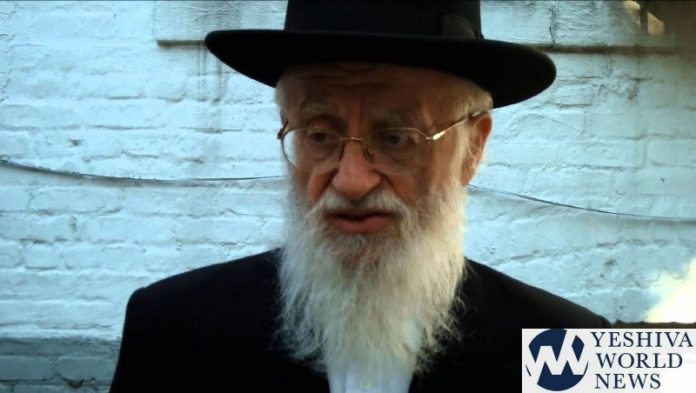 Just a few weeks ago, William Handler and the anti-vaxxer cult made national headlines along with a colossal Chillul Hashem at a “vaccine symposium” held in Rockland County. We can expect that to happen again, as a large event is planned for Tuesday night at Ateres Chynka Hall in Flatbush.

At the Rockland County event, held at the Atrium Hall, the audience was privileged to hear from the dishonest conspiracy-theorist individual claiming to be a Rabbi.

The event caused such a Chillul Hashem, that both Satmar as well as Agudath Israel of America both issued statements of condemnation against Handler. Satmar of Williamsburg went so far as to place a full page proclamation in their weekly newspaper “Der Yid” slamming Handler.

Sources confirm to YWN that the caterer at Ateres Chynka says he was misled and was told by those renting the hall that this was some type of Chinuch event.

The dishonesty is not surprising at all, as William Handler also claims to speak in the name of Hagaon HaRav Avigdor Miller ZATZAL, when in fact, YWN has confirmed with his children and grandchildren that he does not speak for them in any way shape or form.

Meanwhile, in Rockland County tonight there is a pro-vaccination event being held. All are encouraged to attend:

Join US for the sake of OUR #Children. pic.twitter.com/e9eUjxMo2T

To hold an anti-vaccination rally in the middle of an outbreak is beyond irresponsible, it is downright dangerous. pic.twitter.com/TCL2aijfHF