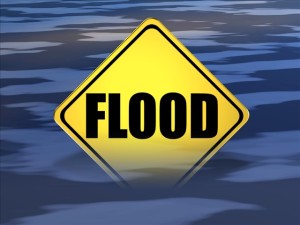 Heavy rainfall of up to 10 inches in central Colorado has killed at least three people and forced the evacuations of hundreds. Cities and towns along the state’s Front Range are bracing for a fresh round of flooding as the rainfall continues.

Boulder County was hit hardest, with many houses flooded one to two feet, especially in the lower-lying flat areas.

Rabbi Yisroel Wilhelm of Chabad at University of Colorado says he is thankful that his family and the students he knows are okay. “Not everyone is accounted for yet, but we are hopeful,” says the rabbi.

He does not know, however, where his congregation will be worshiping on Yom Kippur, which begins on Friday night—as his synagogue and part of his home are under a foot of water. “Thank G‑d, the students [of Colorado University] have been immensely helpful moving the Torahs and other sacred items to higher ground, and we still have 24 hours to work out where we will pray,” says the rabbi, noting that some people will not be able to attend services—considered the most important of the year—due to blocked roads.

“When we will gather, wherever it may be, you can be sure that we will be remembering those who have lost their lives and praying for a quick end to the rainfall,” says the rabbi.

Wilhelm adds that he is now focused on organizing student volunteers to aid people with their immediate needs as more and more homes become flooded.