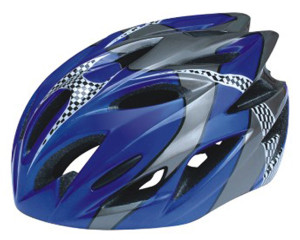 Councilman David G. Greenfield is partnering with the NYC Department of Transportation (DOT) to host a free bike helmet fitting and giveaway this Sunday in Boro Park. The event is open to the entire public, with helmets available for all ages including children and adults. All you need to do is stop by the Boro Park Y on 14th Avenue between 3 p.m. and 6 p.m. on Sunday, October 13 in order to receive your free helmet on a first-come, first-served basis while supplies last. While bike riding has always been a popular activity for local children in Boro Park, Midwood and Bensonhurst, this free event comes at a time when the popularity of cycling has exploded across the entire city, spurred by the installation of hundreds of miles of bike lanes and the launch of the municipal bike sharing program.

“Groups of children having fun and getting some exercise on their bikes are a common sight on every single block in our community. While I strongly believe that all cyclists should wear a helmet to reduce the risk of serious injury, it is especially important that every child and teenager has a quality helmet that has been properly fitted for them. That’s why I am proud to partner with the DOT to distribute hundreds of free helmets to our community and to encourage safe cycling,” said Councilman Greenfield.

Councilman Greenfield has long encouraged the use of bike helmets on a citywide basis, especially with so many casual riders and new bike commuters taking advantage of bike sharing. According to the DOT, bicycling more than doubled in New York City between 2007 and 2011. At the same time, as a result of infrastructure improvements and safety initiatives including helmet giveaways, the rate of serious injuries and fatalities among commuter bike riders has dropped by 75 percent over the past decade. Since 2006, the DOT has distributed more than 50,000 helmets to children and adult cyclists around the city, and plans to distribute an additional 10,000 helmets over the next two years through partnerships with elected officials like Councilman Greenfield.

Last year, Councilman Greenfield introduced a bill in the City Council that would mandate the use of bike helmets by cyclists of all ages in New York City. The proposed legislation was based on the overwhelming evidence showing that helmets reduce the chance of death or serious injury by 85 percent. In addition, statistics show that more than 90 percent of cyclists who were killed while riding a bike were not wearing a helmet at the time. In response to this glaring risk to public safety, Greenfield’s law would have carried a $25 fine – the same cost of a new helmet – since his intention is to increase safety rather than generate revenue. Currently, helmets are required by city law for children age 13 or younger and for all commercial cyclists.

On Sunday, DOT officials will be on hand with 600 free helmets and will properly adjust each to ensure a proper fit for each individual who takes advantage of this great program. The event will be held at the Boro Park Y at 4912 14th Avenue, and attendees are encouraged to arrive as early as possible to help ensure that a helmet will be available. You must be present to receive a helmet and a parent or legal guardian is required to sign a waiver for all children under age 18. For more information, contact Councilman Greenfield’s office at (718) 853-2704.