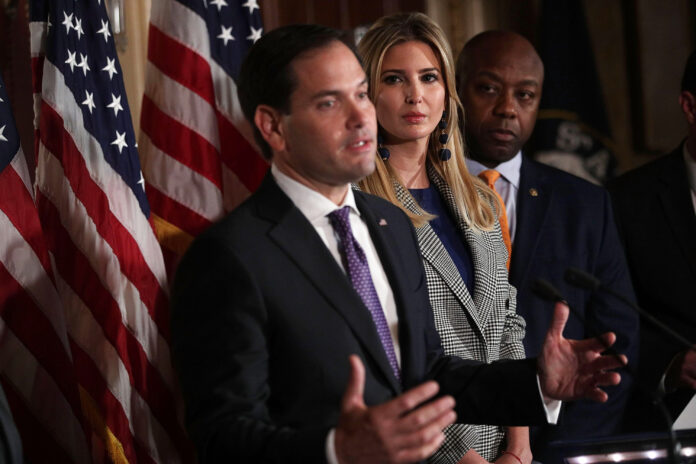 Ivanka Trump is not running for a Florida Senate seat in 2022, The New York Times reported on Thursday.

The Times cited a spokesman for incumbent Republican Florida Senator Marco Rubio, who said that Ivanka told Rubio last month that she is not running.

“Marco did speak with Ivanka a few weeks ago,” Rubio spokesman Nick Iacovella, said. “Ivanka offered her support for Marco’s reelection. They had a great talk.”

There has been speculation that Ivanka, who together with her husband Jared Kushner, recently purchased a $31 million waterfront estate on Indian Creek Island, an elite Miami area known as the “Billionaire’s Bunker,” will be running for the Senate.

However, The Times report said that it confirmed with sources close Ivanka that she isn’t running and that she was never seriously considering a run.