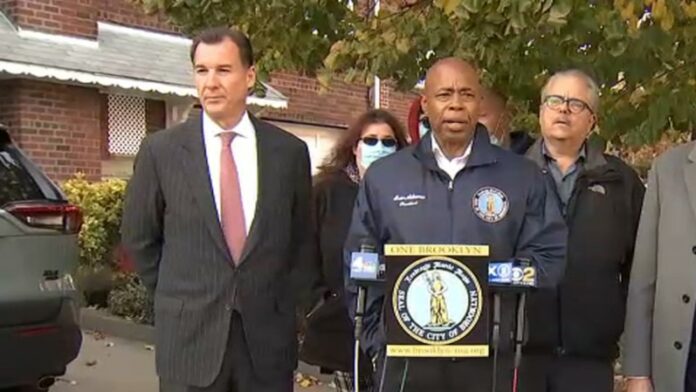 After the incoming mayor suggested he may coax Rep. Tom Suozzi to leave his perch at the U.S. Capitol and trade it for a spot in City Hall, the congressman is politely declining while not quite showing all of his cards.

In a tweet, Suozzi said the best way for him to help Mayor-elect Eric Adams succeed in his upcoming role as the city’s chief executive is to serve in elected office, not as a deputy mayor in the Adams administration.

But Suozzi may have his sights on a chief executive gig of his own. He is rumored to be considering a potential run in New York’s 2022 gubernatorial race. He’s yet to reveal his plans publicly.

If he chose to run, he’d join prominent Democrats like Letitia James, Jumaane Williams and incumbent Gov. Kathy Hochul in a primary race.

I will do everything I can to help my friend Mayor-elect @ericadamsfornyc & the people of NYC succeed. After discussing it with my family, I believe the best way for me to help him and NYC is in elected office. I will announce my plans for the future in the coming days. TY Eric!