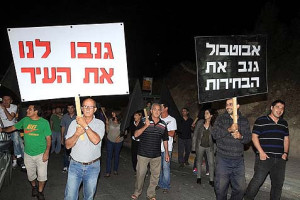 Degel Hatorah activist Moshe Erenfeld is a key witness providing investigators with information surrounding allegation of corruption in the Beit Shemesh mayoral race. The blame for the election fraud is being directed at the Klall Chasidim (Koach) list affiliated with MK Meir Porush and his family.

His testimony has been met with a harsh response, compelling Erenfeld to consult with attorney Chaim Steinberger and he is now presenting a new version of the factions, Kikar Shabbat is reporting.

After police raided apartments in Ramat Beit Shemesh on Election Day, investigators began searching for witnesses to provide testimony. Erenfeld was one of the witnesses and his statements have become a critical component of the police’s case against the defendants.

Steinberger explains his client did not break any laws but after being questioned by police he feared if he did not provide information he would be viewed as a suspect, so he gave them a story and some of the facts contained in his statements are not correct. Steinberger is quoted telling Kikar Shabbos “Some of the facts he presented are fabricated and they did not really occur.”