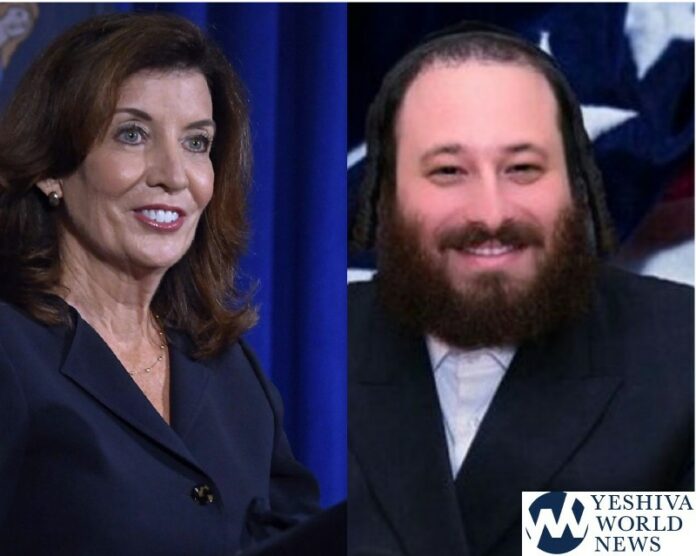 Rockland County Legislator Aron Wieder released a video endorsing incumbent New York Governor Kathy Hochul in Tuesday’s primary, citing a mishna as the basis for his endorsement of the governor.

“The mishna in Avos says… hevei mispalel bishloma shel malchus,” Wieder says in Yiddish, going on to urge his supporters to vote for Hochul in the state’s primaries. “This Tuesday there will be primaries in the entire New York State. Get out and vote to re-elect Governor Kathy Hochul.”