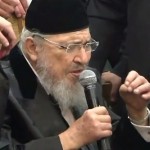 Rosh Yeshivas Ateres Yisrael HaGaon HaRav Baruch Mordechai Ezrachi Shlita addressed the recent save of tragedies R”L that has befallen the Torah community of Am Yisrael in Eretz Yisrael. The talmidim in the Bayit Vegan yeshiva were shocked to learn of the injuries sustained by their friends in the accident on Monday on their way to the Dead Sea. One of the talmidim, the driver, חזקיהו אריה לייב בן טובה, was very seriously injured when their vehicle flipped over and he was transported in an Israel Air Force helicopter to the trauma center of Hadassah Ein Kerem Hospital in Yerushalayim. Doctors continue fighting to save his life and he is in need of Rachmei Shomayim as CPR was performed on him on Monday night, the eve of 27 Shevat 5774.

When Rav Ezrachi, who is a member of the Degel Hatorah Moetzas Gedolei Hatorah, heard of the accident, he stopped the seder and decided to give a chizuk schmooze in which he explained this latest accident is part of the chain of tragedies that has struck the community of late.

The rav stated that leaving the yeshiva today is “sakonos nefoshos” adding “as one of our talmidim is lying in the hospital bed HKBH is judging our limudim and our Torah and we must strengthen our limud Torah”.

“It is forbidden to leave the yeshiva, not even to return home, for what is taking place outside is mamosh sakonos nefoshos.”

The rosh yeshiva spoke of the miracle as well, the fact that the chavrusa of the very seriously injured driver was planning to go with them in the same vehicle but the talmid’s father instructed him to remain in yeshiva – explaining one does not break from seder limud to take a vacation in the middle of a zman. He adhered to his father’s words and remained in yeshiva.

Magen David Adom Avi Richter reported that they received the call for an overturned vehicle on Highway 90 near Zohar Junction in the direction of the Dead Sea. When they arrived they saw five injured people, four of which were ambulatory. The 20-year-old driver was trapped in his seat.

The tzibur is asked to be mispallel for: