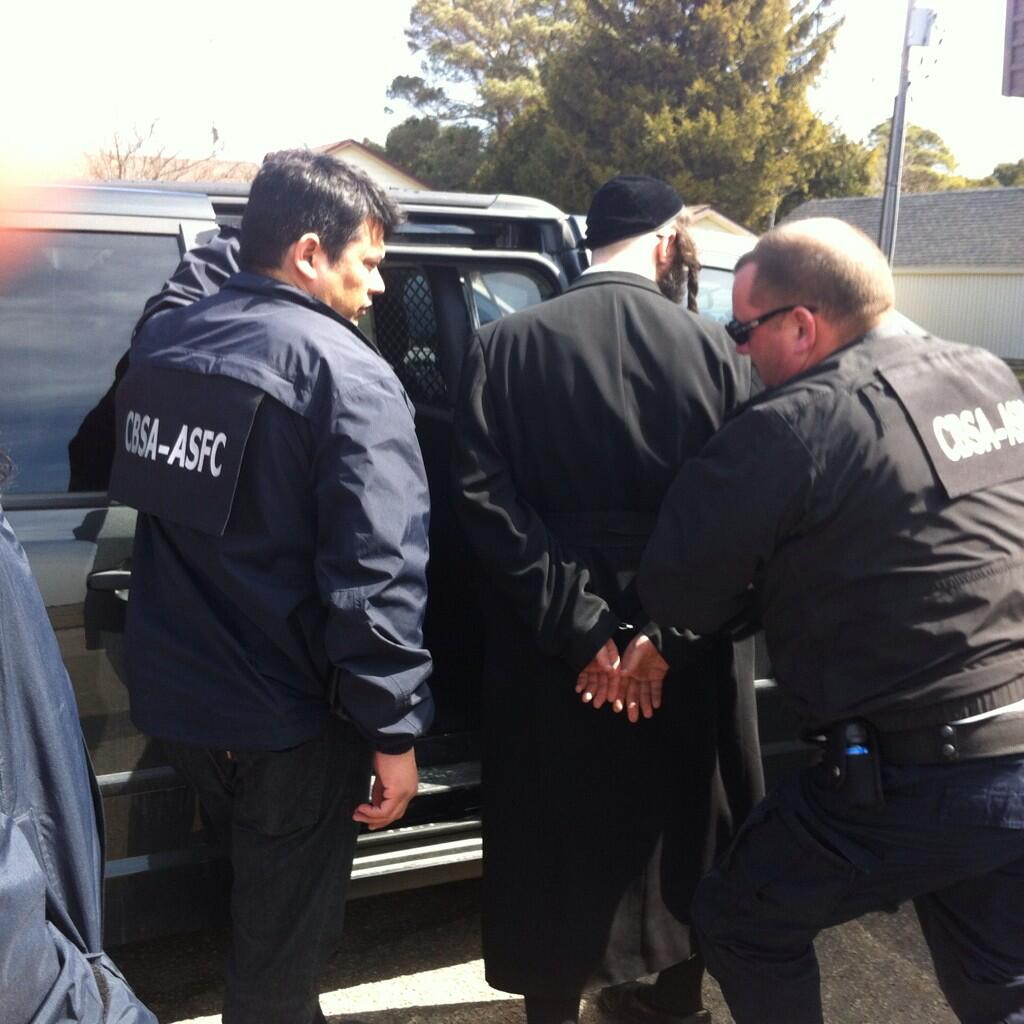 UPDATE 2:45PM ET: Canada Border Services Agency says they have arrested seven members of the Lev Tahor cult “who are believed to be in violation of Canada’s immigration policy/laws.”

Those seven people are known to have 28 children and that kids in cases where both parents in a family have been detained and there is no alternate caregiver are now in care — though the CBS did not give an exact number.

It’s unclear how long the children will be in care.

UPDATE 2:40PM ET: A total of 7 people have been arrested at the Lev Tahor cult.

FIRST REPORT 1:30PM ET: According to a report by The Observer, Canadian Border Services have arrested four men and raided the Lev Tahor cult near Chatham. Authorities are going door to door, and executing “immigration warrants”. The group has been embroiled in a dispute with child protection agencies both in Quebec and Ontario over the treatment of 14 children from two families. Reporter Ashton Patis tweets that the “Fourth Lev Tahor man arrested was a teacher. Students inside the school wipe away tears, scream and pray”.

No further details are available as on this time .