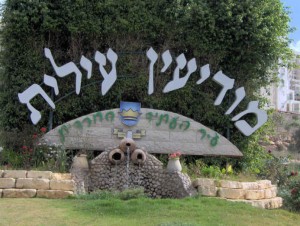 There have been allegations leveled against Modi’in Illit Mayor Rav Yaakov Gutterman, that he is defying the wishes of Maran HaGaon HaRav Aaron Yehuda Leib Shteinman Shlita regarding the appointment of a deputy mayor. There has been an ongoing machlokes for the post between Degel Hatorah’s Mordechai Goldberg and Agudas Yisrael’s Yehuda Freind.

The ministry on Friday, 22 Sivan 5774 brought the machlokes to an end, announcing it has selected the Degel Hatorah representative to serve in the post. This appointment gives Goldberg legal status as deputy mayor. It appears this paves the way for Goldberg to enter the post, but it does nothing to eliminate a monetary suit between the two. Persons sided with Freind add the appointment is for a limited period, until December 31, 2014. In 2015, the matter will be readdressed.

Freind filed his monetary claim against Goldberg in a local beis din, alleging he suffered a monetary loss because Degel Hatorah decided it wants Goldberg to be appointed as the deputy mayor. This he explained to the beis din was in direct contradiction to an agreement reached ahead of the elections with Mayor Gutterman.

Goldberg was represented in beis din by Yahadut Hatorah Chairman MK Rav Moshe Gafne. Gafne explained he feels the beis din had no right to adjudicate the case since gedolei yisrael headed by Maran HaGaon HaRav Aaron Yehuda Leib Shteinman Shlita issued a ruling. The court accepted Gafne’s words, but added the beis din may divide the cases, to separate the decision regarding who will serve as deputy mayor and the monetary claim.

The beis din is now waiting for official word from the Interior Ministry and it then plans to address the monetary claim filed by Freind.